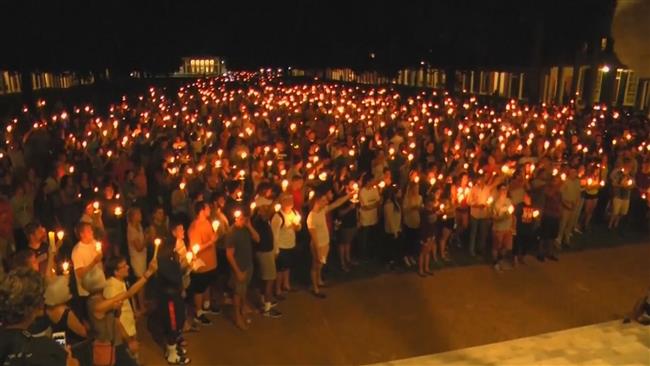 Hundreds of people in Charlottesville, Virginia have staged a candlelight vigil in memory of a young woman who was killed after being run over by a driver linked to white supremacist groups, amid worldwide outrage over President Donald Trump’s refusal to condemn the perpetrators of the violence.

The peaceful gathering took place on the University of Virginia campus Wednesday night, five days after hundreds of torch-carrying white nationalists were confronted by a group of anti-racism protesters at the same location.

The encounter soon turned bloody as a 20-year-old suspected Nazi sympathizer smashed his car into the counter-protesters, killing 32-year-old Heather Heyer and injuring some 20 others.

Holding candles and marching through the campus, the crowd observed moments of silence for Heyer and two Virginia state troopers who died after their helicopter crashed while monitoring the white supremacist event.

Similar vigils were held in Philadelphia; Akron, Ohio; Nassau County, New York; and a number of other cities.

The event followed a wave of protests against Trump, who has blamed both sides for the outburst of violence.

Two days after the attack, the Republican president bowed to overwhelming pressure to explicitly condemn the white supremacist groups.

On Tuesday, however, he provoked further controversy by calling far-right elements partaking in the demonstration as “very fine people,” further noting that those who had been protesting against the seemingly neo-Nazi groups were partly responsible for what happened.

Meanwhile, Trump’s major allies including British Prime Minister Theresa May and German Chancellor Angela Merkel have also distanced themselves from him on the issue.

Speaking in Portsmouth on Wednesday, May said far-right violence needed to be addressed.

“I see no equivalence between those who propound fascist views and those who oppose them. I think it is important for all those in positions of responsibility to condemn far-right views wherever we hear them,” she argued.

Merkel denounced the deadly violence as “racist,” “horrifying” and “evil,” and called for world-wide condemnation of far-right violence.

Trump’s reaction sparked a wave of resignations in two of his high-profile business advisory councils the American Manufacturing Council and the Strategic and Policy Forum. He said Wednesday that he would dismantle them both. 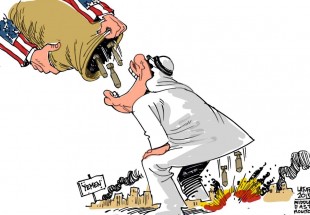 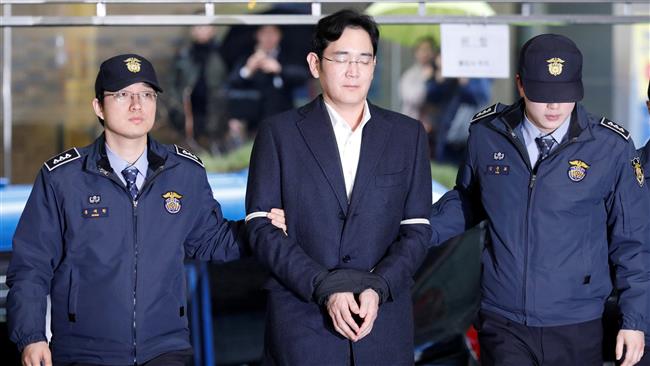 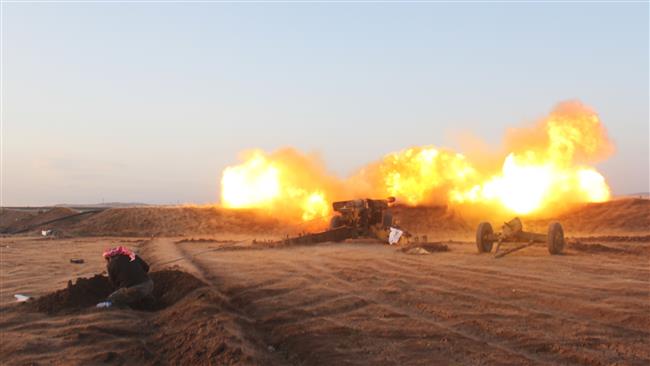