This is reportedly an image taken as Terrorists from Al-Nusra Front targeted a Pickup vehicle equipped with a machine gun and transporting Terrorists from Daash, which led to its complete destruction and the deaths of all on board, as part of the continuing clashes between both Terrorist groups in “Merkada” district of Al-Hasakah province. 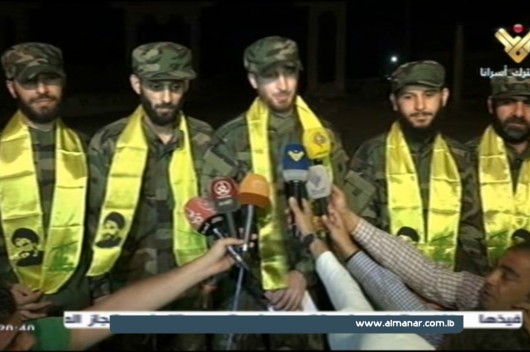