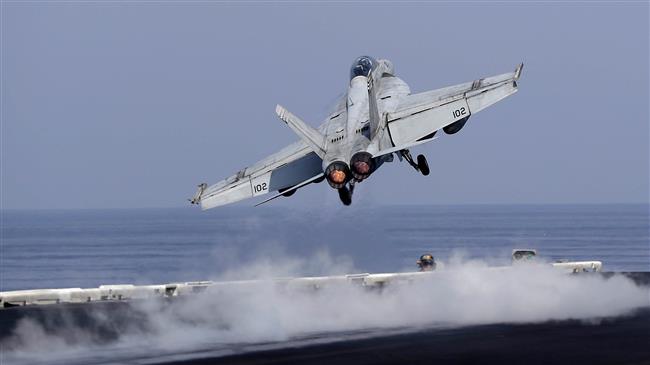 US-led warplanes are reportedly flying over Syria’s border areas with Iraq amid Washington’s threats of a military strike against the Arab country over an alleged chemical attack there.

Sky News reported early Wednesday that the US-led fighter jets are patrolling at a low altitude over the Syrian border town of al-Tanf in Homs Province, where Washington runs a military base.

Other reports say the US-led coalition’s aircraft have been spotted in the Iraqi and Jordanian skies heading towards Syria.

“Heavy flight of US & coalition aircraft over the Syria-Iraq border,” said a journalist on the ground, according to the UK’s Daily Express.

Russian planes are also in flight over Syria’s Idlib Province, according to pro-militant forces.

Meanwhile, the US Navy has said the USS Harry S. Truman aircraft carrier will be deployed for a mission to the Middle East and Europe on Wednesday.

The warship, which carries 6,500 sailors, will set sail with seven attack ships and will replace the USS Theodore Roosevelt Strike Group that completed a four-month deployment to the Middle East.

Russia, which is assisting Syria in its counter-terrorism battles, has warned the US against any “illegal action” in the Arab country.

Meanwhile, the DPA news agency reports that the Syrian army has put all its positions on high alert, including airports and bases, for 72 hours. The alert covers the military bases located in the provinces of Suwayda, Aleppo, Latakia and Dayr al-Zawr.

Separately, the al-Masdar online newspaper says the Russian Navy’s Black Sea fleet has also been placed on high alert after a US destroyer was deployed within striking range of Syria.

In another development on Tuesday, the pan-European air traffic control agency warned airlines to exercise caution in the eastern Mediterranean due to possibility of airstrikes into Syria in the next 72 hours.

Eurocontrol has said that radio navigation equipment are subject to disruption in the coming days.

“Due to the possible launch of airstrikes into Syria with air-to-ground and/or cruise missiles within the next 72 hours, and the possibility of intermittent disruption of radio navigation equipment, due consideration needs to be taken when planning flight operations in the Eastern Mediterranean/Nicosia FIR area,” the agency said.

The developments came after a suspected chemical weapons attack hit the Syrian town of Douma late on Saturday. It reportedly killed at least 60 people and wounded more than 1,000 others.

Western countries rushed to blame the incident on the Syrian government. Damascus rejected the accusations as “chemical fabrications” made by the terrorists themselves in a bid to halt pro-government forces’ advances.

The Syrian Foreign Ministry sent an official invitation to the Organization for the Prohibition of Chemical Weapons (OPCW) to send a fact-finding mission to Douma and investigate the alleged use of chemical weapons there.

Washington’s allies, including Saudi Arabia, France and Australia, have also said they would join a possible military action against Syria over the alleged attack.

At the United Nations Security Council on Tuesday, Washington and Moscow opposed each other’s rival motions to set up an international investigation into chemical weapons attacks in Syria.

Washington’s UN Ambassador Nikki Haley had earlier made it clear that the US will act against the Syrian government with or without the world body’s blessing.

Russia’s UN Ambassador Vassily Nebenzia, however, said, “The United States is once again trying to mislead the international community and is making yet one more step toward confrontation.”“It is clear that the provocation step today has nothing to do with a desire to investigate what happened in Douma in Syria on the 7th of April.” 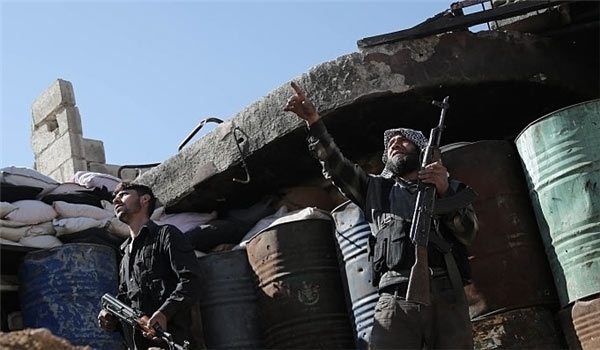 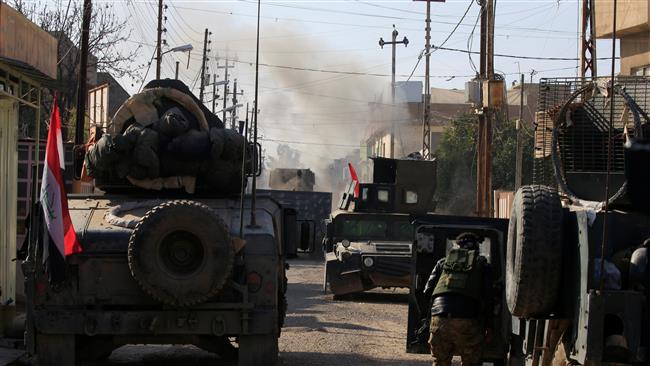 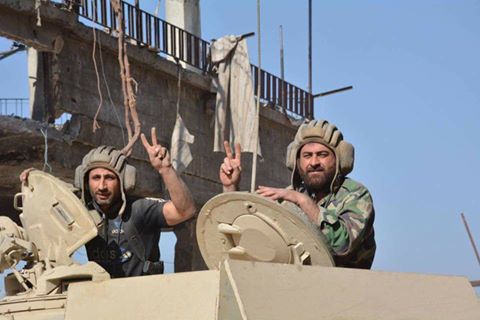