The US State Department says that foreign terrorists used Turkey as their “main transit route” to Iraq and Syria in 2014.

“By virtue of its location, the international transport hubs on its territory, and its long border with Syria and Iraq, Turkey remained the main transit route for foreign terrorist fighters” last year, said the department in an annual report entitled “Country Reports on Terrorism 2014” issued on Friday.

The statement added that the security challenges at the country’s borders “continued to be aggravated by its failure to impose visa requirements for certain major foreign terrorist fighter source countries such as Libya.”

As a member of the Financial Action Task Force (FATF), Turkey “has issued freezing orders without delay (three to five days),” but “it remains unknown whether any assets have actually been frozen,” the department underscored.

The intergovernmental organization of FATF was launched in 1989 to combat the growing phenomenon of money laundering across the world. The body’s mission was expanded in 2001 to act on terrorism financing as well.

The US report further referred to the instrumentality of Turkey’s counter-terrorism laws, saying the government in Ankara employs them only “to detain and prosecute thousands of politicians, reporters, and activists.”

Earlier in the month, US President Barack Obama criticized Ankara for failing to monitor its borderline in a bid to prevent the transfer of Takfiri militants to the two restive Arab countries of Iraq and Syria.

“Not all of that (the militant’s flow) is preventable, but a lot of it is preventable if we’ve got better cooperation, better coordination, better intelligence, if we are monitoring what’s happening at the Turkish-Syria border more effectively,” he said, adding, “This is an area where we’ve been seeking deeper cooperation with Turkish authorities who recognize it’s a problem but haven’t fully ramped up the capacity they need.”

The US state department’s report comes while Washington, along with its Western and Arab allies, has been among the major supporters of Takfiri extremists operating in Syria since 2011.

Washington and Ankara signed a deal in February to train and arm militants in Syria.

On May 25, Turkish Foreign Minister Mevlut Cavusoglu said militants are currently being trained and equipped in the central Turkish city of Kirsehir under the joint Ankara-Washington program.

The mission, which officially started earlier this week, will see more than 15,000 foreign-backed militants trained on the Turkish soil in a three-year time period. Over 120 US soldiers are reportedly in Turkey to train the militants. 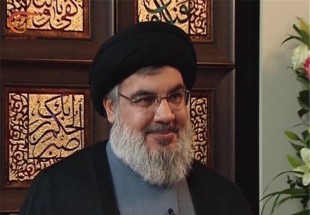