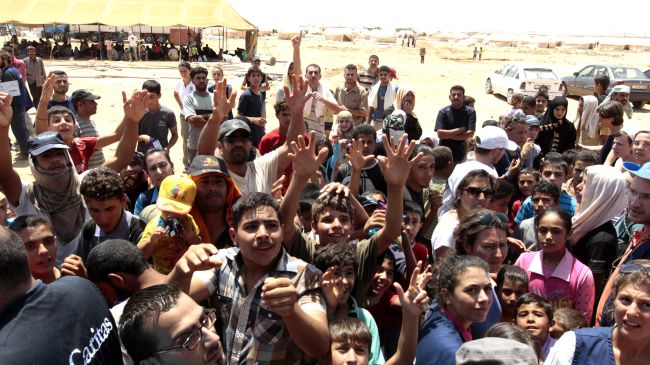 Dozens of people have been wounded in clashes between security forces and Syrian refugees at a refugee camp in Jordan.
Jordan’s Public Security Directorate said in a statement that the clashes broke out on Saturday, when a group of “Syrian refugees at Zaatari refugee camp rioted after police detained a group of refugees after leaving the camp illegally.”
Over 20 Jordanian policemen and three Syrian refugees were wounded in the clashes.
Security forces also fired tear gas to disperse the protesters who “burned six tents and two caravans and tried to attack police stations,” the statement added.
A Syrian refugee woman was killed in the clashes, according to a witness. However, a police spokesman rejected the matter and said nobody was killed.
Zaatari, which is home to more than 100,000 Syrian refugees, has witnessed several protests since it opened two years ago.
Syrian refugees often complain about poor living conditions at the camp.
There are more than 500,000 Syrian refugees in Jordan.
Last month, Adrian Edwards, spokesperson for the UN High Commissioner for Refugees (UNHCR), said a new refugee camp for people displaced by the crisis in Syria is scheduled to open in Jordan on April 30.
On February 25, the UN refugee agency said nearly 2.5 million Syrians have registered as refugees with the UNHCR in neighboring countries in the Middle East.
Syria has been gripped by deadly crisis since 2011. Over 130,000 people have reportedly been killed and millions displaced due to the unrest. 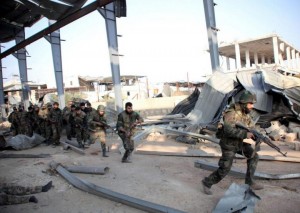 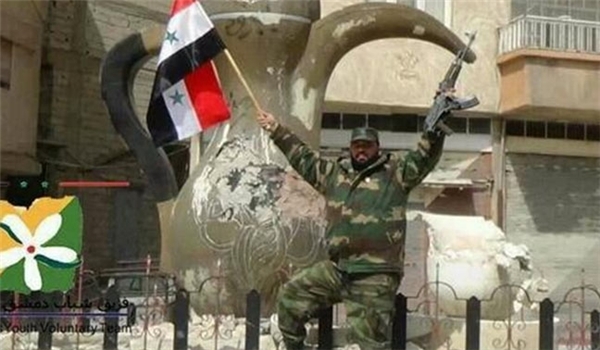 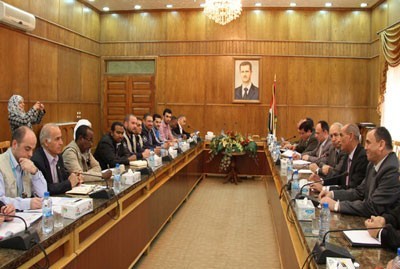