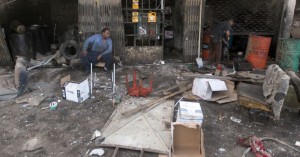 Press TV has conducted an interview with Mark Glenn, author and political commentator from Idaho, about United Nations Secretary General Ban Ki-moon being “gravely concerned” over the takeover of the Iraqi city of Mosul by al-Qaeda-linked militants.
What follows is an approximate transcription of the interview.
Press TV: Mr. Glenn, how serious is the threat of Takfiris going to be to Iraq? I mean is Iraq going to be another Syria?
Glenn: Well in effect Iraq is already another Syria or a better way to put it is Syria is another Iraq. You have two Arab countries who have effectively been destroyed by a coalition of American, British, Israeli and other Western forces so in effect what I see this is being is basically a retrieved Syria, the fact that Assad seems to have gained the upper hand with regards to these terrorists and the fact that he has just re-acquired the presidency in this recent election.
And so I think in order to keep their forces in the field and to keep them from losing their spirits, so to speak, the United States and these other Western powers who have trained and funded and backed these terrorists have basically just kept them busy in Iraq.
There is no other way to raid and attack … without including in that, what has to be the logistical support of United States in organizing something such as this. That is the first comment I’d like to make.
Second comment that I would make, regards Ban Ki-moon. You know he is talking about United Nations condemning terrorism. What was the destruction of Iraq beginning over 20 years ago by the United Sates and these other Western countries? That was state-sponsored terrorism albeit under the official guise of being UN action.
Ban Ki-moon and others like him are the last people who should be commenting on terrorist attacks. Were not for the UN rubberstamping George Bush’s war back in the early 1990’s, Iraq would not be in the shape that it is in. If the United Nations had not rubberstamped George Bush’s son back in 2003, Iraq would not be in the state it is in either.
Press TV: And of course the host of people fleeing Iraq and potentially they are going to carry the name of refugees, I mean what is going to become of Iraq without a people?
Glenn: Well basically this is, when George Bush the younger, announced on the aircraft carrier mission accomplished, he was being accurate in that. Iraq was destroyed. The plan is to destabilize all the countries surrounding Israel while leaving Israel the bastion of stability and security in the region so that she can further extend her influence in the region.
So Iraq in effect it is a failed state. It is a destroyed country and in that regard George Bush’s words were very prophetic, mission was accomplished. 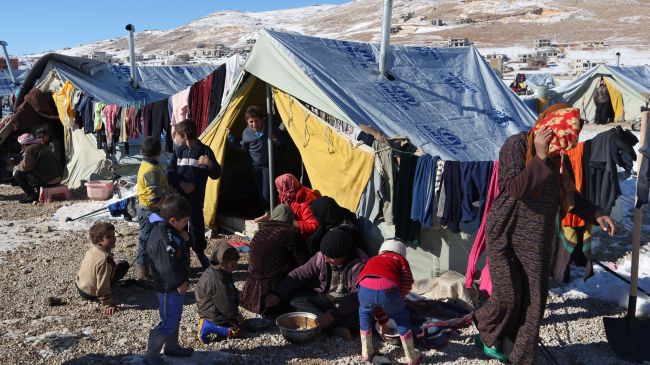