President Bashar al-Assad made an interview with the U.S. CBS News. Following is the first part of the full text:

Question 1: Mr. President, thank you for allowing us to come here. We asked for this interview because your country’s been at war for four years. It is a humanitarian crisis, perhaps the worst on the planet right now. 200,000 Syrians have died, four million refugees, ten million have left their homes, life expectancy is down, 50% of your country is occupied by hostile forces. It’s become a battleground for outside forces. What’s next? Because we have seen since I last visited you the rise of ISIS, we have seen Hezbollah in here, we have seen the United States becoming increasingly concerned about ISIS, so much so that the President, and especially the Secretary of State, have said that there’s a need for a negotiated settlement.
President Assad: Actually, the beginning of your question is exaggerating the number a little bit, but that’s not the issue. I always invite the media and the West and the officials to deal with those numbers not as spreadsheets and numbers and counter; actually it’s bereaved families who lost their dear ones. It’s a tragedy that’s been going through, every Syrian family lost someone, lost their livelihood, and so on. Whether it’s a few thousands or hundreds of thousands, it’s a tragedy. What’s next? Actually, every conflict should end up with dialogue, with a political solution between the different parties, and that’s what we have been doing in Syria for the last two years; dealing directly with the militants, and we succeeded in making some reconciliations.
Regarding the rise of ISIS, in the context of events in Syria during the last four years, ISIS didn’t rise suddenly. It’s impossible for such – bigger than what we call an organization and smaller than a state – to appear suddenly with all these resources, financial resources, human resources, without support from the outside and without being prepared gradually or incrementally for a long time before the sudden rise during last summer. So, the rise of ISIS is not a precise word because it didn’t happen suddenly; it was a result of events that happened at the beginning of the conflict that we mentioned in our statements many times, but no-one in the West has listened to. If we want to mention the statement of Kerry regarding the dialogue, I would say that we have in Syria so far is only a statement, nothing concrete yet, no facts, no new reality regarding the political approach of the United States towards our situation, our problem, our conflict in Syria. But as a principle, in Syria we could say that every dialogue is a positive thing, and we’re going to be open to any dialogue with anyone including the United States regarding anything based on mutual respect, and without breaching the sovereignty of Syria, and as a principle I would say that this approach, the new approach of the United States towards not only Syria, towards anyone, to make dialogue regarding any issue, is a positive thing, but we have to wait for the reality.

Question 2: What kind of communication is there between your government and the American government?
President Assad: There’s no direct communication.

Question 3: None at all?
President Assad: No, no.

Question 4: No kind of conversation about what kind of settlement might take place, no conversations about how to fight ISIS?
President Assad: Nothing yet. That’s why the United States-

Question 6: Would you like to have that happen?
President Assad: Any dialogue is positive, as I said, in principle, of course. Without breaching the sovereignty of Syria, especially regarding the fighting of terrorism. The way we defeat terrorism, that’s an important issue for us at this moment.

Question 7: But the question is what are you prepared to do? It is your country that is suffering. What are you prepared to do in terms of negotiations? If part of that is to see a transition government, of which you would give up power, would you be willing to do that?
President Assad: Anything regarding the Syrian internal politics should be related to the Syrian people, not to anyone else. We’re not going to discuss with the Americans or anyone what are we going to do regarding our political system, our constitution, or our laws, or our procedures. We can cooperate with them regarding fighting the terrorism and making pressure on different countries like Turkey and Saudi Arabia and Qatar and some of their allies in Europe that support the terrorists politically and financially and by military means.

Question 8: This cannot end militarily. Do you agree with that?
President Assad: Yeah, definitely. Every conflict, even if it’s a war, should end with a political solution.

Question 9: But then draw me a roadmap that you have for a political solution. What does it look like?
President Assad: You have different levels. You have the internal levels, you have the regional, you have the international, and you have different means at the same time. The most important part is the local. The local part should have two things: a dialogue between the Syrians about everything; the political system, and any other details that could be beyond this, about the future of the country, of course. Second, make direct dialogue with the militants as we did during the last two years in order to give them amnesty and to give up their armaments and go back to their normal lives.

Question 10: When you say militants, who do you mean?
President Assad: Some of them are terrorists, some of them are people who were implicated by the events for different reasons, so, whoever carries a gun and tries to destroy the public infrastructure or attack the people or cause any harm or breach the law in Syria. That’s the militant.

Question 11: But so much of the power is in your hands to engage in the process. I mean, if they demand that you step down before they negotiate, that’s unacceptable to you.
President Assad: By the militants, you mean?

Question 12: No, I mean by the United States, and Russia, and parties to the conversation.
President Assad: No external party has anything to do with the future of Syria, with the constitution or president or anything like this. We’re not going to discuss it with them. This is a Syrian issue. Whenever the Syrian people want to change their president, it should be changed right away, in the same day… even if we exaggerate, it should be through a political process, through a constitutional process. That’s how we change presidents, not through terrorism and external intervention.

Question 13: Some say that ISIS was the best thing that happened to you, and that even some of the things that you have done have benefitted ISIS, that because of what ISIS has done and because of your fight against the moderates in your country who, in terms of the Arab spring, wanted to see more democracy here. That you, in the effort to crush them, allowed ISIS to grow.
President Assad: Let’s go back to what President Obama said in one of his interviews recently; when he said that the moderate opposition in Syria is illusive. That’s very clear by President Obama, and we always said there’s no moderate opposition. So, the rise of ISIS wasn’t sudden, again. The evisceration, the amputation, eating the hearts of the victims started from the very beginning, and even beheading started from the very beginning of the conflicts. It started with what they called moderate opposition, then it continued with al-Nusra, then with ISIS. So, what happened with those three, including ISIS, they attacked military bases, they killed our soldiers, and they destroyed our economy. According to this logic, how could that be the best thing that happened to me? In what logic? To lose? To destroy the country? To kill your supporters and to kill others, and to kill civilians? In what sense could that be the best thing that happened to me or to the government? That’s illogical, that’s unrealistic, that’s unpalatable.

Question 14: Again, I come back to the idea of how, now, with the new reality of ISIS, how it’s changed the circumstances. As they have gained in strength, what new changes do you see in attitude towards you and staying and the Syrian government?
President Assad: Regarding the West, you mean?

Question 15: Yes.
President Assad: I think the West has changed its calculations after the rise of ISIS, but that doesn’t mean that they changed their approach to the conflicts in Syria, in Iraq, and in our region. I don’t think they’ve learned the lesson well, and that, as a result, will not change the course of events, because, the very beginning of the problem, from the Western perspective, is to change the system or the president or the government that they don’t like, and they’re still moving in the same direction. That’s why nothing concrete has changed yet; only the appearance and the priority. Their priority is to fight ISIS, but that doesn’t mean that their priority is to get rid of ISIS.
Question 16: How can you see the United States cooperate with Syria regarding ISIS?
President Assad: There’s no direct cooperation.

Question 17: But how do you see the future?
President Assad: The future, you mean. In the future, there must direct dialogue to fight terrorism, because the terrorism is on our ground, on our soil, they cannot defeat it without our cooperation, without having our information, because we lived with this and we know the reality and how to defeat it.

Question 18: Most people believe there is cooperation unofficially, and it goes through Iraq, and that somehow Syria knows when airstrikes are taking place by the United States, because they get that information from Iraq.
President Assad: From another third party, not only Iraq. More than one country told us that they’re going to start this campaign.

Question 19: How does that work?
President Assad: What do you mean?

Question 20: You do you get information?
President Assad: In the campaign?

Question 21: Yes.
President Assad: How does it work on the ground regarding ISIS?

Question 22: Yes. How do you get information, about American airstrikes, so that it can coordinate with what you’re doing, so that they’re not bombing Syrian troops.

President Assad: Through a third party, and it was very clear that their aim is to attack ISIS, not the Syrian Army, and that is what happened so far.

Question 23: A third party means Iraq, and who else?

Question 25: Communicate to you the American intentions?
President Assad: Exactly. In the details that I mentioned now.

Question 26: What’s the level of that information? Is it just about airstrikes, is it about other activities on the ground that are taking place?
President Assad: No, no details, only the headlines, and the principle that they’re going to attack ISIS in Syria and Iraq during the next few days. That is what we have heard, nothing else.

President Assad: No, because any drone, any airplane, any aircraft, will not tell you that “I’m American.” So, when you have a foreign aircraft, you shoot it. These are the rules, the military rules.
Question 28: How much of benefit are you getting from American airstrikes in Syria, reducing the power of ISIS?

President Assad: Sometimes it could have local benefits, but in general if you want to talk in terms of ISIS, actually ISIS has expanded since the beginning of the strikes, not like some Americans want to sugarcoat the situation as to say that it’s getting better, ISIS has been defeated, and so on. Actually, no, they have more recruits. Some estimate that they have 1,000 recruits every month, in Syria and Iraq, they are expanding in Libya, and many other Al Qaeda-affiliated organizations have announced their allegiance to ISIS. So, that’s the situation. 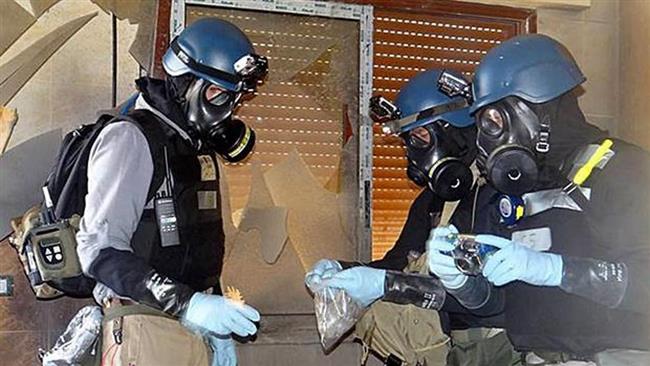