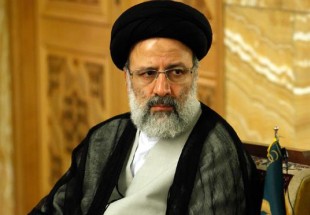 Hawzah News Agency-“Today, House of Saud sheer desperation can be seen obviously in Yemen.” Custodian of Astan Quds Razavi reiterated, presenting an analysis of the situation in Yemen.
Hujjat al-Islam Sayyed Ebrahim Raeisi, speaking at the meeting with a number of Yemeni scholars, added, “US intervention is the most important cause of proof of desperation of House of Saud against the great nation of Yemen.”

“Belief in religion, the Holy Quran, and the household of the Apostle of God (S.A.W.) is the main source of communication between the two nations” he stated, mentioning that the communication and friendship of the people of Iran and Yemen are rooted in the beliefs of the two nations.
“Without doubt, scholars have a significant share in this process and it is an honor and pride of Muslim nations” board member of the Assembly of Experts of the Leadership reiterated, pointing to the resistance, persistence, and commitment of Yemeni people to the faith and values.

“Alertness and wakefulness of the scholars, who are truly the real open-minded people of the human society, gave this promise that these types of efforts will create no impact in the ranks of the Yemeni people” Hujjat al-Islam Raeisi said, noting the efforts of the global hegemony and the House of Saud to sow dissension among the Yemeni people.

“Today, in Yemen war, the believers’ front is against the hegemony, and the House of Saud on behalf of America and Israel is fighting the Yemeni people” he stated, emphasizing that the House of Saud regime is the strategic direction of the hegemonic regime in our region.

“House of Saud has not been present in any of the Muslims’ fight scenes in Palestine, Egypt, et cetera, and today, it has been proven to everyone that the Saudi regime plays the role of the hegemony in the region” member of the Supreme Council of Khorasan Seminary stated, mentioning that the behavior of House of Saud in this war does not match any of humanitarian principles and verses of the Holy Quran.

“According to the verdict of Quran, the Prophet (PBUH) and the Imams and religious saints, we consider it our divine, religious, and revolutionary duty to stay as the supporter of the strong and Muslim people of Yemen to the last breath” he uttered.

“From our point of view, even today, the Yemeni people are victorious. Because despite all of the limitations, they have resisted nearly one year and a half against the invading and armed army of Saudi and have plagued them” Hujjat al-Islam Raeisi noted, pointing the limited military power and arms of Yemenis.

“At that time, the Europeans, America, the Zionists, and their agents in the region, including House of Saud regime had come all for the support of Saddam Hussein; however, ultimately, the Iranian people won the honor and victory, and eternal damnation for Saddam and his followers remained.” Custodian of Astan Quds Razavi said, noting the conditions of our country during the eight years of the imposed war.

“According to the verses of the Holy Quran, we believe that the certain and final victory of the Yemeni people is inevitable, and we hope this will be achieved as soon as possible” he added.
House of Saud Does Not Respect the Sanctity of the Sacred Months.

“Saudi transgressor enemy does not even respect the sanctity of the sacred months and the Holy month of Ramadan and bombards the Muslims, mosques, hospitals, et cetera brutally” Seyyed Shams al-Din Sharaf al-Din, Chairman of the Union of Yemeni Scholars, said, speaking at this meeting while mentioning that the Yemeni people are truly innocent.

“During the attack in Yemen, we see the coalition of the House of Saud, America, and Israel in order to kill a nation” he said, describing the current situation of people in Yemen similar to the Palestinian nation.

“However, thanks to the Almighty God, Yemeni scholars with their alliance prevented the tribal and religious conflict in the country” Sharaf al-Din explained, stating the purpose of the enemy is dismember of Yemen.

“Innocent people of Yemen in the shadow of international silence are bombarded, and in the meantime, unfortunately, many Islamic countries have also remained silent” he pointed out, appreciating the cooperation and companionship of the Islamic Republic of Iran with the nation of Yemen.

“Our people from different tribes and religions have always lived and are living next to each other, and finally, they would be the foreign enemies who will be defeated” Sheikh Muhammad Tahir Anam, Vice Chairman of Rashad al-Salafi Party in Yemen, said, speaking at this meeting, mentioning that Yemeni nation has resisted against the brutal attacks of the enemy with persistence and fortitude more than 15 months.

“Our enemy by using all the media, economic, and political facilities seeks to justify the killings of people in Yemen and in this path, does not hesitate to do any behavior.” Sheikh Mohsen Al-Matari, a member of the Union of Yemeni Scholars said.

“Saudi warplanes target all our people, both Shiite and Sunni. However, the Yemeni people have always been and will be next to each other” Sheikh Jibraeel Hassan Ibrahim, Deputy Minister of Haj and Religious Affairs in Yemen, reiterated, pointing to missile bombardment of Yemeni defenseless women and children.

“As Imam Khomeini (R.A.) emphasized on resistance against the oppressors, the brave nation of Yemen also stands against the enemy and God willing, it will win the victory.” Dr. Abdul Rahim Al-Hamran, one of the leaders of Ansar Allah movement, said, conveying the greetings of Abdul Malik al-Houthi, leader of the movement of Ansar Allah, to Hujjat al-Islam wa al-Muslimin Raeisi.
“Islamic Republic of Iran has always supported the oppressed and we appreciate this spirit” he added. 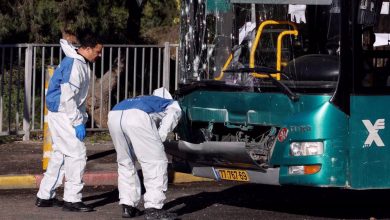 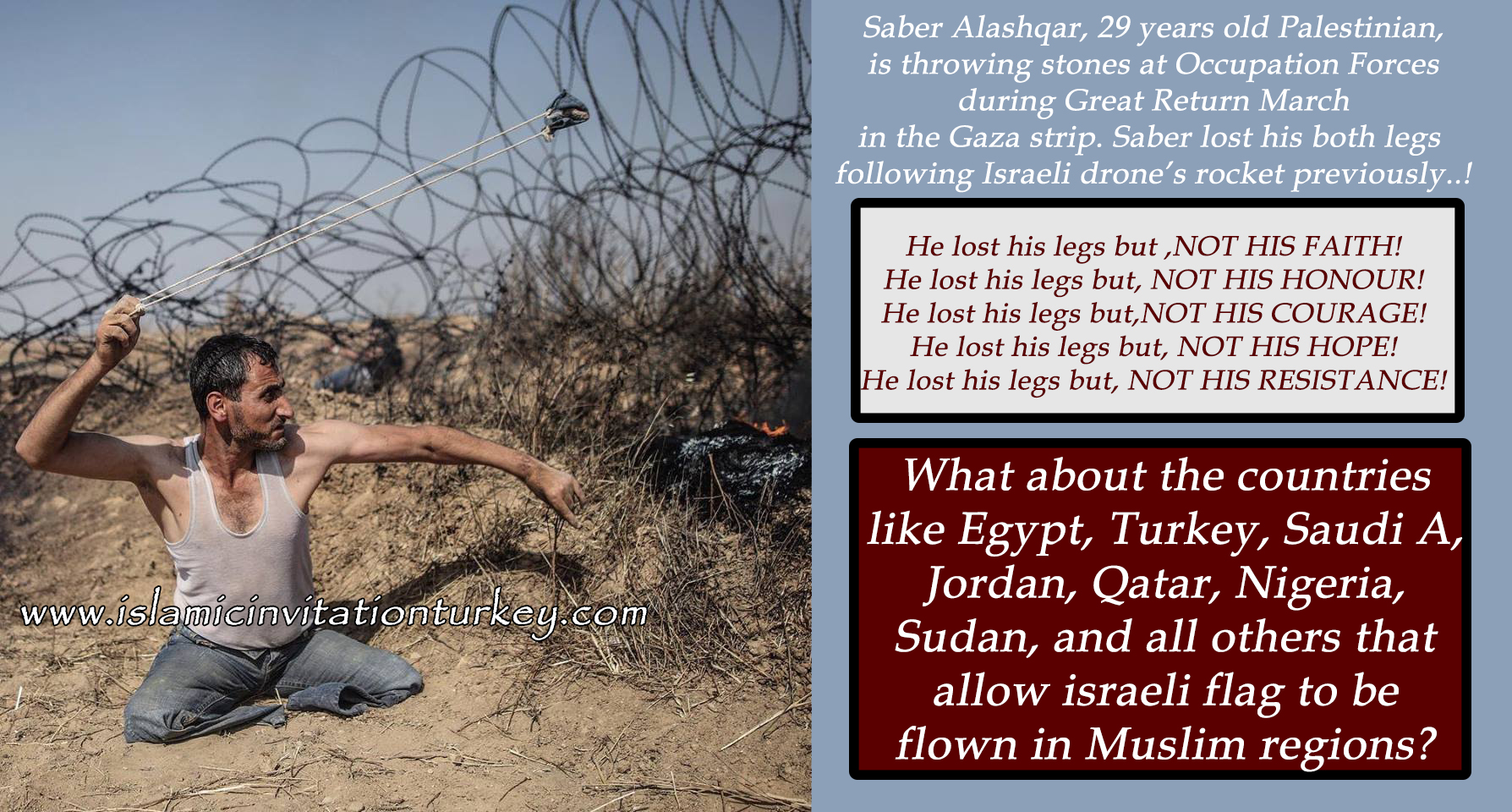 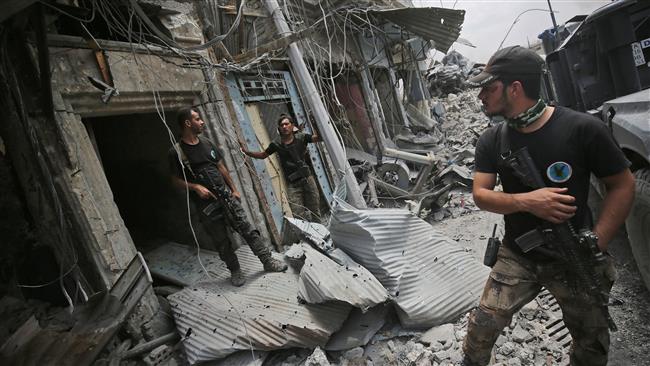 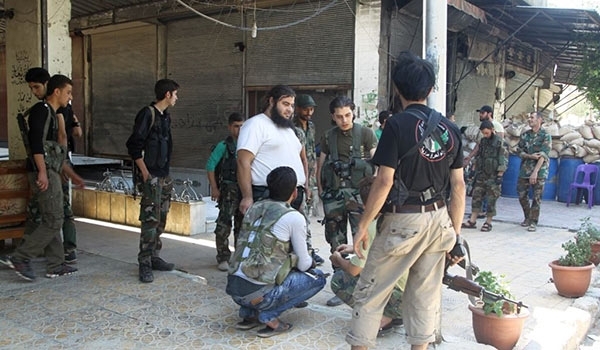