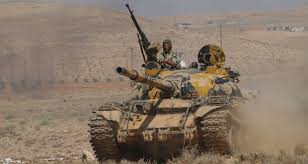 At 11 P.M. on Sunday night, ISIL launched an attack on the Deir Ezzor Military Airport that was geared to break-through the Syrian Arab Army’s defenses on the eastern perimeter of the base. The Saudi ISIS member, Abu Ahmad Al-Jazrawi, led the charge with his Vehicle Borne Improvised Explosive Device (VBIED) that he planned to crash into the eastern gates in order to open a pathway for his comrades to enter the Military Airport.

As Al-Jazrawi neared the eastern gates, he was berated with a barrage of gunfire from the guards at a military outpost that resulted in him losing control and tipping over his vehicle. Attempting to flee, Al-Jazrawi was killed by the gunfire from the military guards before the VBIED exploded – ISIS would assault the Military Airport following the explosion. For the 3rd time in 3 days, ISIS was unable to enter the Military Airport; this attack resulted in the death of 23 ISIS fighters, including Abu Bakr Al-Sheeshaani (Chechen) and Abu Dujaana Al-Tounisi (Tunisian).

The Syrian Arab Army’s 104th Airborne Brigade of the Republican Guard unearthed a 26 meter tunnel under the Ba’ajeen School in the Deir Ezzor District on Monday morning. The tunnel contained a large supply of weapons, ammunition, medical supplies, and passports that were all confiscated by the 104th Brigade upon discovery. The 9 ISIS militants that refused to surrender to the 104th Brigade were killed during a brief skirmish.

ISIS has begun to withdraw their forces from the Al-Jafra Quarter following repeated attacks by the SAA and National Defense Forces (NDF) that have resulted in the depletion of militants in the area. The SAA and NDF have also continued their counter-offensive in the Al-Mari’yyah Quarter, killing scores of ISIS militants, while retaking multiple checkpoints that were captured during the advent of the enemy offensive. 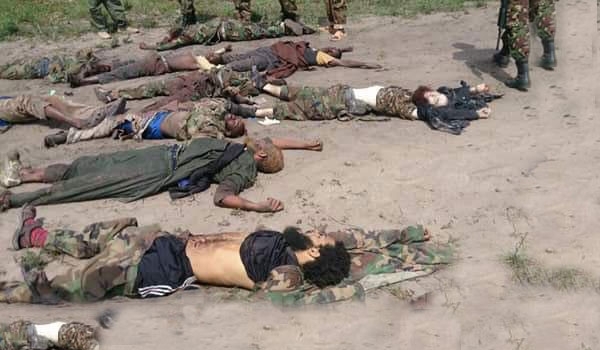