The clashes broke out when Zionists attacked the entrance of the Palestinian city of Al-Bireh in the central West Bank.

According to this report, Zionist soldiers fired metal bullets and tear gas at Palestinian youths.

Zionist forces killed four Palestinians in separate incidents in the occupied West Bank on Thursday, the Palestinian Health Ministry said, the latest violence to shake the region after months of unrest.

Late Thursday, Zionist forces martyred a Palestinian youth near the city of Ramallah and wounded three others, the ministry said.

Earlier in the day, three Palestinians were martyred when the Israeli military raided the flashpoint city of Jenin in the northern West Bank. 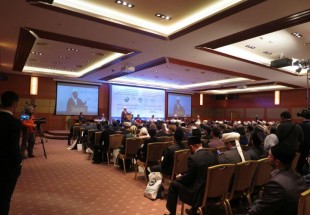