One of the prominent figures of Tay Tribe in Northeastern Syria said that a command center of Hashd al-Shaabi (volunteer forces) has been established in Qamishli region in Hasaka province.

Ali Hawas al-Khalif reported that the command center of Hashd al-Shaabi has been set up in Qamishli region, attracting tribesmen and other popular forces to back up the Syrian Army troops in the war on terrorism.

He went on to say that formation of Hashd al-Shaabi in Syria, similar to their peers in Iraq, has been warmly welcomed by the young people, adding that a number of the Syrian Army officers are monitoring training of Hashd al-Shaabi forces.

Al-Khalif said that the command center will also attract defected militants that fled Syria to abroad.

Military sources announced in July that a large group of locals in the Eastern province of Deir Ezzur were trained in army camps and were ready to fight against the ISIL terrorists in the battlefield.

“Liwa al-Imam Zein al-Abedeen is comprised of over 1,000 fighters that have been trained by the Syrian army’s “Al-Qassim Units” (Special Forces) at the Brigade 137 Base in Western Deir Ezzur,” the Sources said, adding, “The newly-formed militia has already begun carrying out operations against ISIL’s positions.’

Similar to the National Defense Forces (NDF), Liwaa Al-Imam Zein Al-‘Abadeen would fight alongside the Syrian army in Deir Ezzur; they would also receive wages for their service. 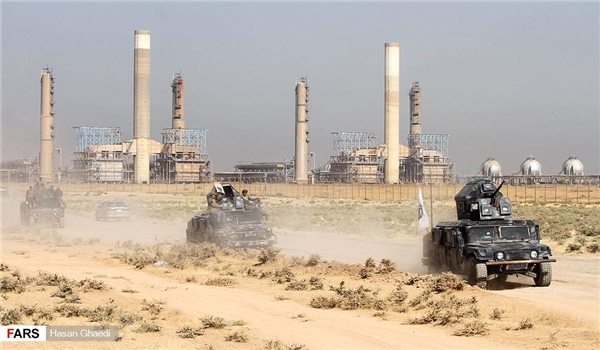