President Bashar al-Assad affirmed Wednesday that the state is going ahead with combating terrorism and the terrorists who have forced citizens out of their houses and perpetrated hideous crimes against them.
The President visited al-Dweir makeshift center in Adra, Damascus Countryside, inspecting the situation of displaced people there.
President al-Assad toured places where the displaced families are staying and listened to their needs and conditions of their residence.
The President stressed that the state continues providing basic requirements of the displaced families until everybody returns home whether those in Adra or in any other place.
‘’Before terrorists entered it, Adra was Syria in miniature as it hosted citizens from all the Syrian areas and governorates that have been targeted by terrorists,” President al-Assad affirmed.
The President added that the Syrian armed forces have offered a lot of sacrifices and martyrs for restoring security and stability to the homeland and the return of every displaced to his home and every kidnapped to his family.
“The Syrian Arab army will continue, supported by citizens, to strike terrorism everywhere in Syria,” President al-Assad said.
On the missing citizens, President al-Assad said that the state will leave no stone unturned in this file, adding Every Syrian citizens is the focus of our attention, whether he is an injured, kidnapped, missing or martyr.
President al-Assad stressed that the Syrians are vigorous people who are able to rebuild what the terrorists damaged thanks to their unity and steadfastness. 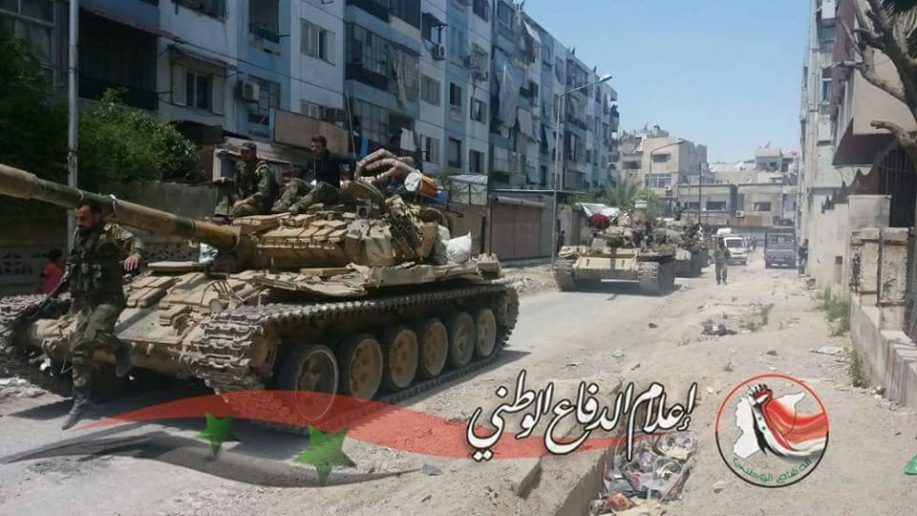 Photos- Army’s advance in the countryside north of Lattakia 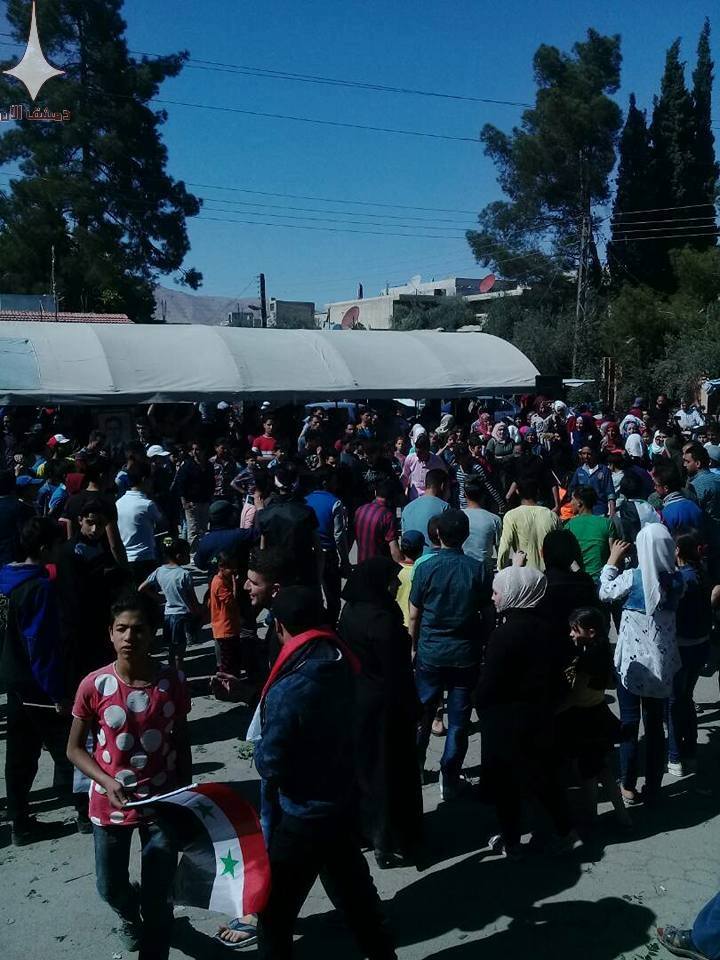