Islamic Revolution Guards Corps (IRGC) Deputy Commander for Political Affairs Brigadier General Yadollah Javani condemned the Washington-led missile strikes against Syria, warning that the attack has now given the Resistance Front better and more options to stand up to the US.

“The US, Britain and France’s attack on Syria is a blatant aggression and lacks legitimacy; specially, under such conditions that the fact-finding committee was due to study the US allegations that the Syrian army has used chemical weapons and Damascus had also paved the ground (for the committees’ investigations),” General Javani told FNA on Saturday.

“The Americans imagine that they can change the conditions on the ground in Syria by such measures, but certainly this will not happen. Such an attack will not change the trend and the situation will become more complicated and this complicated situation will certainly harm the US. The US should account for the consequences of the future events in the region and certainly those events will not be to their interest,” he added.

“Certainly, the resistance front won’t be undermined through such actions, and will rather be strengthened and it will have more possibilities for confrontation against the interfering acts and the Americans should wait for consequences of their acts,” General Javani said.

The US, British and French forces launched 100 missiles on Syria early Saturday morning as Damascus said it has intercepted, at least, 15 and diverted a number of others.

Reports coming out of a national security meeting in the White House two days ago said Defense Secretary James Mattis opposed striking targets that would provoke Tehran and Moscow’s response.

Several explosions were heard in the Eastern and Southern parts of the capital of Damascus. Al-Alam Arabic TV displayed scenes of public gathering in support of the government in the streets of Warzah in Damascus near an attack site.

Footage coming from Syria shows that people are waving flags of Syria, Iran and Russia in the streets of Damascus, in a show of appreciation.

Witness accounts said nearly 20 Cruise missiles flew towards targets around the capital, but nearly half of them were intercepted.

The Syrian state-run news agency also said that “many missiles missed their targets or were intercepted thanks to the Syrian air defense”.

The Russian defense ministry said none of its bases and sites in Syria have been targeted.

US Defense Secretary James Mattis said the strikes were a “one-time shot”, adding that “clearly the Assad regime did not get the message last year”.

He said the US did not co-ordinate with Russia on the strike nor did it pre-notify the Russians.

“We specifically identified these targets to mitigate the risk of Russian forces being involved,” Mr Mattis said.

Trump claimed the strikes were in response to the chemical attack on April 7.

British Prime Minister Theresa May said the strikes were not about intervening in a civil war nor were they about a regime change.

“We cannot allow the use of chemical weapons to become normalized within Syria, on the streets of the UK or anywhere else in our world,” Ms May said, referencing the recent nerve gas attack on a Russian double agent in England.

“It is a limited and targeted strike that does not further escalate tensions in the region and that does everything possible to prevent civilian casualties,” she said.

Trump said the US was not seeking an “indefinite presence” in Syria. “As other nations step up their contributions, we look forward to the day when we can bring our warriors home,” he said.

“No amount of American blood or treasure can produce lasting peace and security in the Middle East. 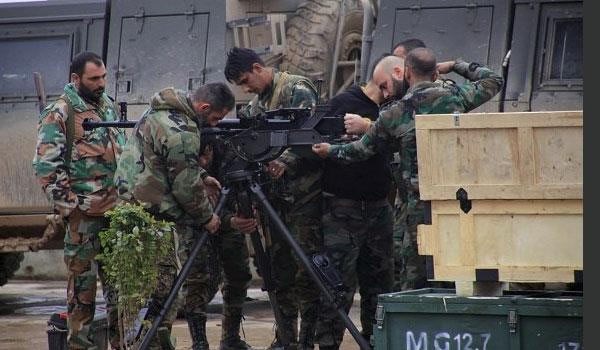 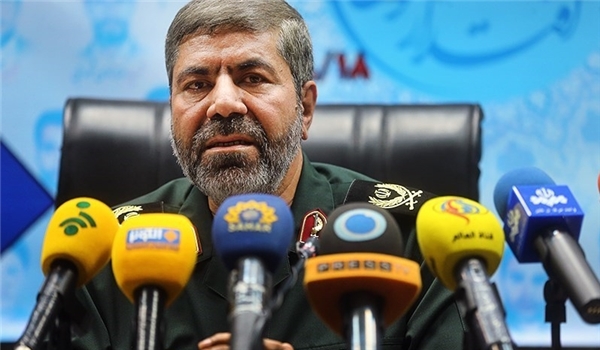 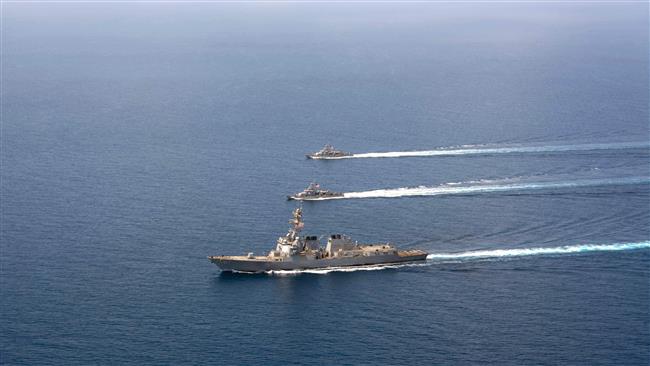