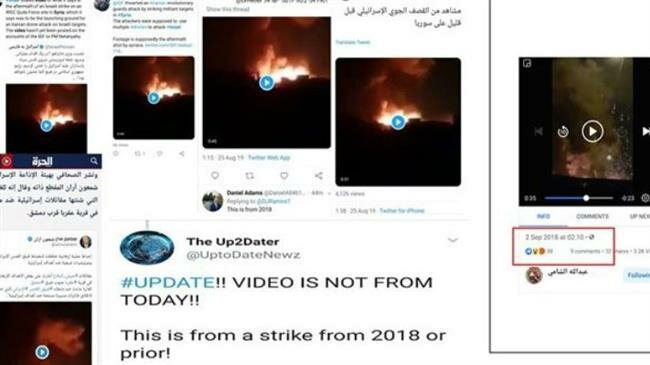 Syria’s official news agency, SANA, said on Sunday that the Israeli journalist, Shimon Aran, published a video of an Israeli attack which took place in 2018, and claimed that it shows the aftermath of the latest Israeli missile attack on the outskirts of Damascus which occurred on Saturday night.

The video, which claimed that the missile hit their targets successfully, was soon picked up by pro-Israel media outlets and went viral.

SANA described the video as an attempt to cover up the Tel Aviv regime’s failure after its missiles missed their targets as the Syrian air defense systems have intercepted and destroyed most of them.

Meanwhile, the Israeli military posted a black and grey blurred video to its Twitter account claiming to show Iranian forces in Syria preparing to launch “killer” drones against Israel, a claim that Tel Aviv used as a pretext for attacking Damascus.

The blurred footage shows four figures carrying something, with the Israeli military claiming that it was filmed on Thursday.

Israel has repeatedly made such claims of targeting Iranian forces in the Arab country that later appeared to be unfounded.

On Sunday, Mohsen Rezaei, the secretary of Iran’s Expediency Discernment Council, dismissed as mere “lies” the Israeli regime’s claims that Iranian targets had been hit.

“THIS IS A LIE AND IS NOT TRUE,” REZAEI, A FORMER CHIEF COMMANDER OF IRAN’S ISLAMIC REVOLUTION GUARDS CORPS (IRGC), SAID, EMPHASIZING, “AMERICA AND ISRAEL DO NOT HAVE THE POWER TO ATTACK IRAN’S CENTERS AND POSITIONS AND THE ZIONIST REGIME’S CLAIMS ABOUT TARGETING IRANIAN POSITIONS ARE LIES.”

Later on Sunday, Sayyed Hassan Nasrallah, the secretary general of the Lebanese Hezbollah resistance movement, said the Israeli attack hit one of Hezbollah’s civilian structures in the Damascus outskirts, killing two of the group’s members.

He dismissed Israeli officials’ allegations that the projectiles had hit an Iranian site there.

Iran has frequently announced that it has no forces operating on the ground in Syria and has been only offering military advisory support to the country at the request of the Damascus government.

Iranian advisors, in coordination with Russian forces and Hezbollah fighters, have helped the Syrian army speed up its gains on various fronts against foreign-backed terror outfits.

Israel has launched recurrent attacks on Syria in defiance of all international laws and regulations.

The regime claims the attacks are targeted at Iranian positions but such raids are widely viewed as a means of support for the Takfiri terrorists, who have been taking stinging blows from the Syrian army in recent years.

The latest such attacks came amid the Syrian military’s major advancements in the northwestern Idlib Governorate, where President Bashar al-Assad’s forces are taking back control of more territories from terrorists.

Syria has condemned the Israeli attacks while rejecting the regime’s claims about the presence of any Iranian forces in the country. 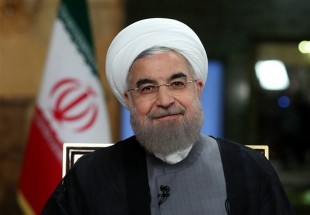 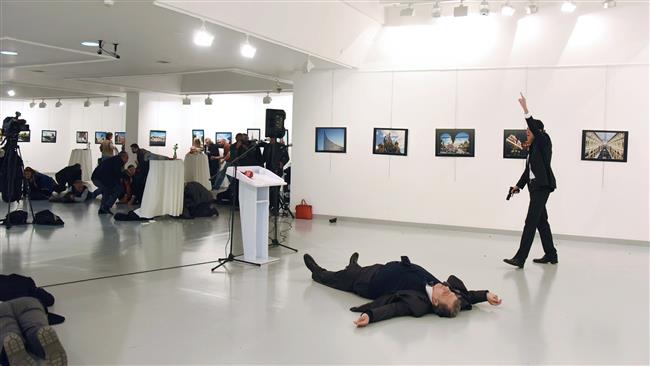 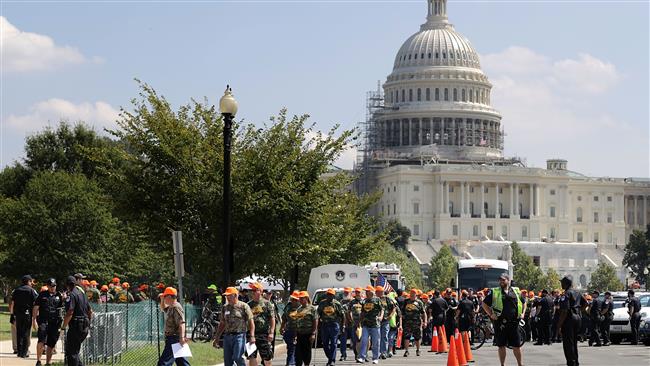 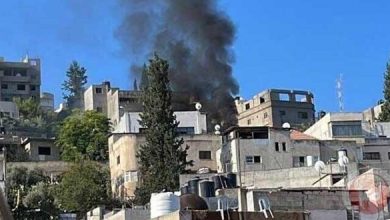