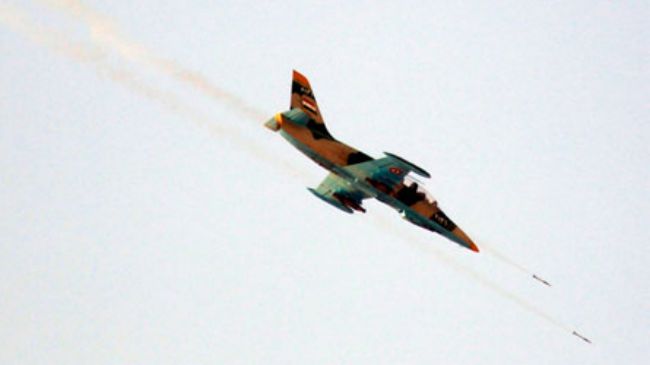 Syrian aircraft have bombarded an area near the town of Yabroud, which borders Lebanon, a day after over a dozen foreign-backed terrorists were killed in heavy clashes there.
The so-called Syrian Observatory for Human Rights said Syrian planes carried out six raids on the al-Aqaba region on Friday.
According to the UK-based pro-opposition observatory, 17 terrorists were killed overnight during an army offensive aimed at capturing hills surrounding Yabroud, which lies north of the capital, Damascus.
The strategic town is viewed as militants’ last stronghold in the mountainous Qalamoun region on the border with Lebanon.
Seizing the town will sever a key supply line that links militants to the town of Arsal in Lebanon’s Bekaa Valley – a route that is reportedly used for the smuggling of explosives used in bombings in Lebanon.
Meanwhile, at least 14 army forces and nine militants were killed in fighting for the town of Morek in Syria’s central province of Hama.
Elsewhere, clashes erupted between government forces and the al-Qaeda-linked Islamic State of Iraq and the Levant around an army base near the northern city of Raqqah.
More than 130,000 people are said to have been killed and millions displaced in Syria since the country plunged into rampant violence in March 2011.
The Western powers and their regional allies — namely Qatar, Saudi Arabia and Turkey – are reportedly supporting the militants operating inside Syria. 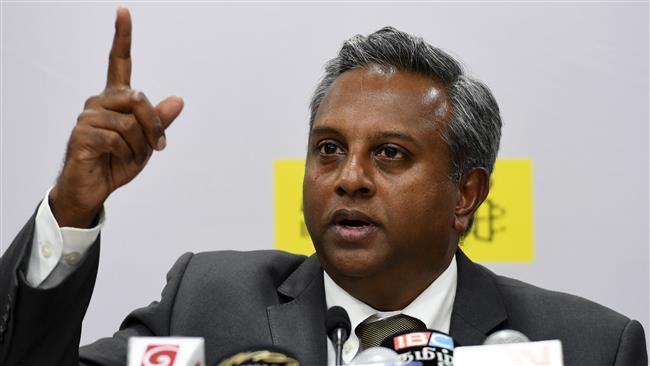 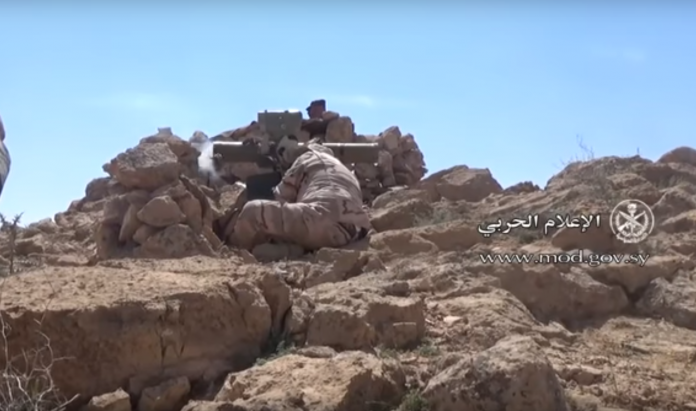 EXCLUSIVE FILE- INSIDE PKK, THE SHADOW OF…