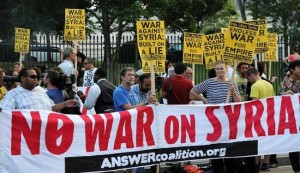 merican anti-war activists have waged numerous protest rallies in a number of cities across the US to voice their opposition to another potential US military intervention in Iraq.
Over the recent days, foreign-sponsored ISIL terrorists have been wreaking havoc in Iraq and committing atrocities against local residents.
ISIL insurgents overran large swathes of land in northern Iraq, including the cities of Mosul, the country’s second-largest city, and Tikrit, the birthplace of former Baathist dictator Saddam Hussein, in just two weeks. The Takfiri militants have reportedly taken control of a main border crossing between Iraq and Syria.
The US claims its military is ready for air strikes against ISIL terrorists in Iraq and President Barack Obama said on Thursday that Washington would deploy 300 “military advisers” to Iraq.
However, anti-war protesters in the US say the Iraqi people, who have taken up arms to help the army fight the armed terrorists, “need to have an opportunity to rebuild their society” without “these threats of military intervention coming from the US government.”
The activists – who were chanting “No new war on Iraq!” – say sending military advisers can be a prelude to a large-scale war as it was before the Vietnam War.
“President Kennedy said he was just sending military advisers to Vietnam, and when those 300 military advisers can’t change the landscape to the satisfaction of the Obama Administration and the Hawks in Congress who want to see more military involvement, there will only be more calls for more military involvement, and more military action and more troops and more bombing,” said Mara Verheyden-hilliard, executive director of Partnership for Civil Justice Fund, one of the organizers of the protests in Washington, DC.
Demonstrations in Washington were staged outside the White House on Saturday and were organized by anti-war organizations like the Act Now to Stop War and End Racism (ANSWER) Coalition.
Protest organizers said thousands of Americans took part in similar demonstrations in other major cities across the United States like Chicago, San Francisco, Los Angeles, and New York.
The protesters also said that the US only wants to help its military-industrial complex by sending military personnel and materials to Iraq.
“This is an imperialistic move, this is a capitalistic move, this is a move not for the people of Iraq, but for the elite in the United States,” said Melba Conway, a protestor. 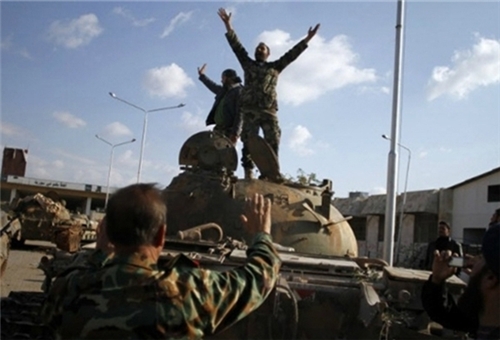 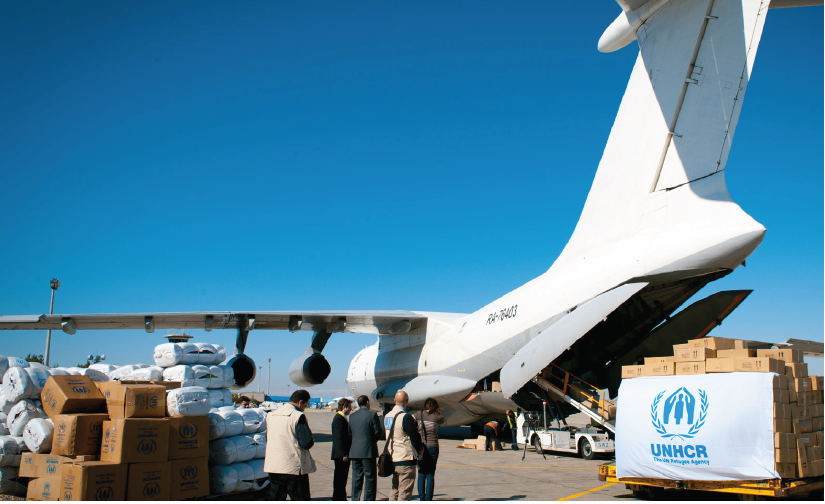