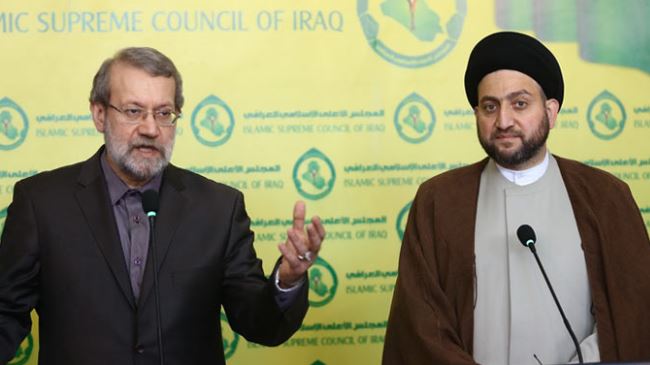 In a meeting with Chairman of the Islamic Supreme Council of Iraq Seyyed Ammar al-Hakim in Baghdad on Thursday, Larijani described US behavior toward the issue of fighting terrorism as “ambiguous.”

He added that the West’s allegations about the so-called moderate militant groups in Syria are also “a kind of deception.”

The Iranian parliament speaker described political peace in Iraq as key to its development, saying unity among different groups is necessary for stability in the country.

For his part, Hakim hailed Iran’s swift assistance to Iraq since the outset of terrorist attacks in the country.

“The reality is that if the Americans wanted to help Iraq at the height of the crisis, it would have taken them at least 4 or 5 months, but Iran rushed to help in the first two or three days and offered assistance in earnest,” Hakim said.

Larijani, who arrived in Iraq early Tuesday on the last leg of a regional three-country tour, also met with former Iraqi parliament speaker, Mahmoud al-Mashhadani, in Baghdad Thursday morning before leaving for the holy city of Najaf. 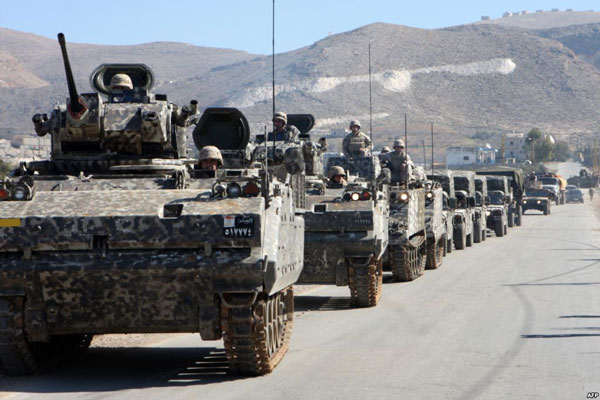 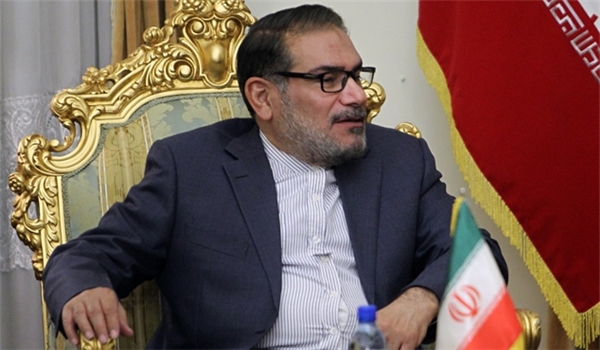