ISIL militants have advanced into the northern Syrian town of Kobani, months after the Kurdish border town was cleansed from the terrorists, reports say.

On Thursday, the UK-based so-called Syrian Observatory for Human Rights said that heavy clashes had erupted in the town when the militants attacked it.

It added that ISIL militants executed at least 20 Syrian Kurds, among them women and children, in a village south of Kobane.

According to the group, a car bombing attack carried out by an ISIL militant near the town’s border crossing into Turkey triggered clashes.

“Fierce clashes erupted afterwards in the center of the town and there are bodies lying in the streets,” the group’s director Rami Abdel Rahman said.

The number of fatalities is not known.

ISIL terrorists were driven out of the town by Kurdish forces back in January after about 100 days of fighting.

Shortly after the militants lost the battle for Kobani, they vowed to return and defeat the main Kurdish forces, or the People’s Protection Units known as the YPG.

The recent development came as the Kurdish forces had moved on from Kobani in Aleppo Province to secure neighboring Raqaa Province. 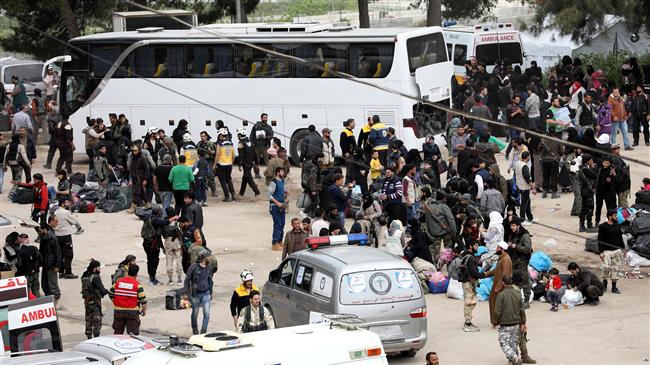