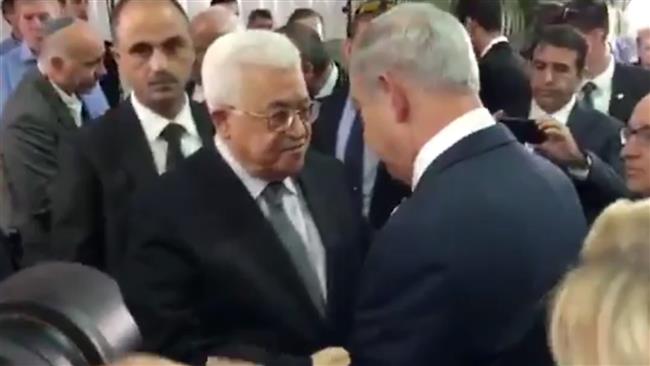 The Palestinian resistance movement of Hamas has censured President of the Palestinian Authority (PA) Mahmoud Abbas for joining the funeral of former Israeli president Shimon Peres.

Abbas led a Palestinian delegation, including the PA’s chief negotiator Sa’eb Erekat, to the funeral on Friday after Israeli Prime Minister Benjamin Netanyahu approved his request to do so.

The ceremony featured a handshake between Netanyahu and Abbas, who also forwarded condolences to Peres’ family.

Hamas had earlier called on Abbas not to attend the funeral, saying such a step would encourage other Arab parties to normalize relations with Israel and result in disastrous impacts on the Palestinian endeavor to bring about national unity.

“We condemn Abbas’ condolences for Shimon Peres, and consider it disregards the blood of the martyrs and the suffering of the Palestinian people,” the movement had also said.

The Palestinian leader has also come under attack for referring to Peres’ as a “brave” partner for peace by some high-profile figures in Ramallah, who regard the defunct as no more than a “war criminal.”

The Sheba Medical Center in Tel Aviv had pronounced the 93-year-old dead on Wednesday.

Over five decades of politicking, Peres held nearly every major office in the regime’s ranks.

Under Peres’s tenure as president, two full-scale wars were launched against the Israeli-blockaded Gaza Strip, which killed more than 3,700 Palestinians in total.

He, however, slammed as “outrageous” and “one-sided” a United Nations inquiry that blamed Israel for six serious attacks on UN buildings during the first Gaza offensive and said Tel Aviv would not apologize for defending its people.

Residents of Gaza took to the streets on Friday for a “Day of Rage” to coincide with the funeral attended by US President Barack Obama and other leaders of Israel’s key supporters.

Separately, Israeli authorities canceled this week’s visit of Palestinians from Hamas-ruled Gaza to the al-Aqsa Mosque in the Tel Aviv-occupied East Jerusalem al-Quds, saying it would interfere with Peres’ funeral in Jerusalem al-Quds. 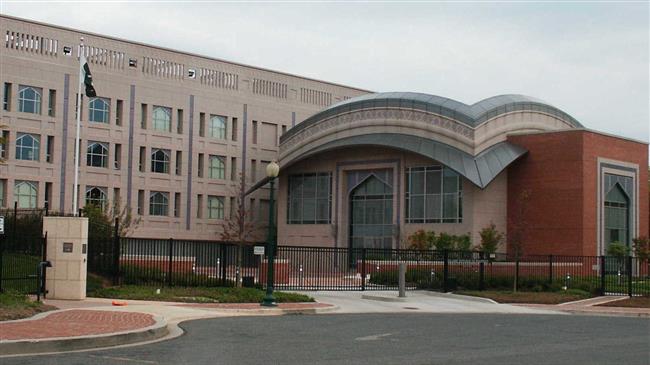