Saudi whistleblower Mujtahid, who is believed to be a member of or have a well-connected source in the royal family, disclosed that the Yemeni forces have made considerable military gains in Najran province and captured the provincial capital.
“The Yemeni army and popular forces have entered the city of Najran and the city has fallen under their control without any resistance,” Mujtahid said.

He reiterated that the Yemeni army and Ansarullah fighters are now in full control of Najran city.

The photos of the dead bodies of the Saudi troops left behind were also released on social networks.

In a relevant development on Friday, the Yemeni army and popular forces continued their advances deep inside Saudi Arabia’s Southern parts, and managed to take control of several military positions in Najran province.

The Yemeni army and popular forces also destroyed a number of Abrams tanks of the Saudi army in their offensives.

Also on Friday, the Yemeni army and popular forces also continued their advances deep inside the Southern part of Saudi Arabia, inflicting heavy losses on them, including destroying their weapons and ammunition depot.

“Two military vehicles and arms depot of the Saudi forces were destroyed in al-Makhrouq military base in Najran province,” the Arabic-language media outlets quoted unnamed local sources as saying.

The Yemeni officials said that the Yemeni forces’ recent military operations against Saudi Arabia are in response to the kingdom’s continued violation of ceasefire.

Riyadh has intensified military strikes on Yemen following the failure of a second round of negotiations between the Ansarullah delegates and their allies on one side and the representatives of Yemen’s former regime on the other.

Ansarullah say any potential peace process should, first and foremost, facilitate the formation of a national unity government and the appointment of a new consensus president, who would oversee transition. 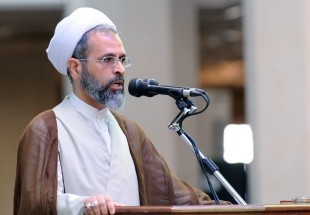