Militants from an al-Qaeda splinter group have bombed a large Shia Muslim shrine in the northern Syrian city of Raqqa.
Photos of the mosque of Ammar bin Yasir and Uwais al-Qarani posted on the internet on Wednesday showed extensive damage to the exterior walls and roof of the site.
Other pictures showed concrete and twisted metal strewn on the street outside the mosque with an interior wall collapsed inward.
The site, seized over a year ago by militants fighting against the Syrian government, was once a destination for Shia Muslim pilgrims from Iran, Lebanon and Iraq.
The London-based Syrian Observatory for Human Rights said the so-called Islamic State of Iraq and the Levant (ISIL) had carried out two powerful explosions at the mosque earlier in the day.
The al-Qaeda splinter ISIL and other Takfiri militant groups have targeted many historical and religious sites in Syria over the past three years.
Among them are the holy shrine of Hazrat Zaynab (AS) — the daughter of the first Shia Imam, Imam Ali (PBUH), and Hazrat Fatemeh (PBUH), Prophet Mohammad (PBUH)’s daughter — as well as churches in the Christian village of Maaloula, near the capital city of Damascus.
Syria has been gripped by deadly violence since 2011. Some sources say over 140,000 people have been killed and millions displaced due to the violence fueled by Western-backed militants.
According to reports, the Western powers and their regional allies — especially Qatar, Saudi Arabia and Turkey — are supporting the militants operating inside Syria.
A recent British defense study showed that about 100,000 militants, fragmented into 1,000 groups, are fighting in Syria against the government and people. 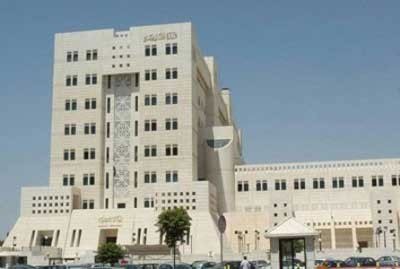