Syrian army units made more gains on Friday establishing control over more areas in Sweida province while inflicting more losses upon terrorist organizations’ ranks in personnel and equipment in other provinces across the country, state-run SANA news agency reported.

In Sweida, an army unit established control over Tal al-Majda’ east of Malah town in the southeastern countryside after killing many terrorists and wounding others, a military source said.

In Daraa, another army unit killed terrorists in Tal Antar in the southwestern countryside of the southern province of Daraa.

In Damascus Countryside, an army unit killed terrorists and injures others in Hassno village in the southwestern countryside of Damascus.

Takfiri groups, funded by some western and Arab states, have been divided over power disputes. The most brutal ones are the ISIL and al-Nusra Front that are engaged into clashes, inflicting each other heavy losses.

Syrian army launched in May 2013 a wide military operations across Syria to liberate town from ISIL and other takfiri groups’ occupation. 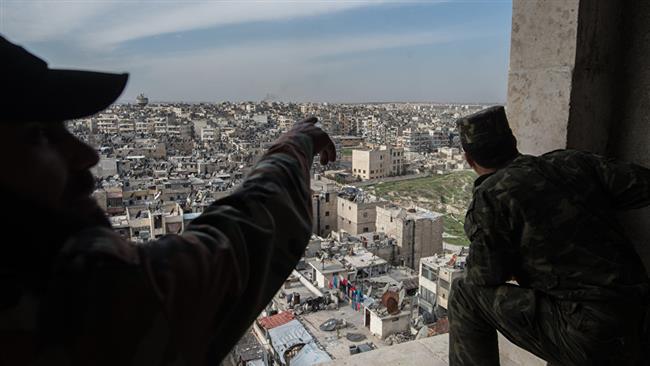