The Syrian Arab Army in cooperation with the National Defense Forces has asserted full-control over the Oil Depot (Mafraq Al-Betroul) near the recently captured village of Badran in southern Al-Hasakah.

According to a military source, the SAA and their allies killed 14 militants from the Islamic State of Iraq and Al-Sham (ISIS) during this operation, including Bassam ‘Umar Al-Tamer, Rabiyya ‘Ahmad Marzouq, and Ziad ‘Abdel-Rahman Al-Hourani.

The SAA was able to repel a number of ISIS contingents attempting to infiltrate into the recently liberated villages of Jamou, Badran, and Al-Dahwaniyyeh in the southern Al-Hasakah countryside; this assault was repelled before the militants were able to regain control over their lost territory. 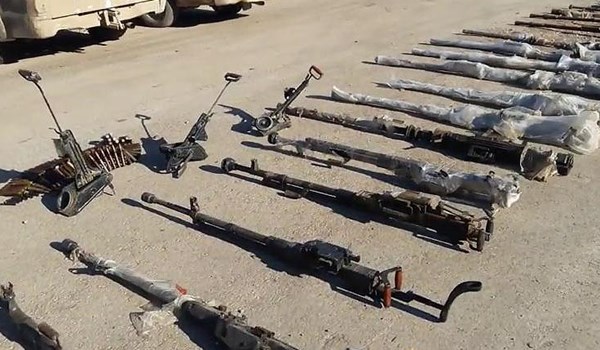