The Syrian army has gained the upper-hand in Jobar town in Damascus countryside after winning full control over a strategic bridge in the region, informed military sources announced on Sunday.
The sources told FNA that army troops have seized back full control of Zamalka bridge in Jobar countryside.

“Separation of Zamalka bridge from Jobar is tantamount to cutting the relief and supply routes to the militants in Eastern Ghouta, the military sources said.

Also in the past 24 hours, the Syrian army units succeeded in taking control of a strategic region near the Deir Ezzur military airport after heavy clashes which resulted in the death and injury of a large number of Takfiri terrorists.

Elsewhere, the Syrian army continued its advances in the Northern province of Aleppo and regained control over three more strategic areas in the region.

“The army units took control of Al-Jabaliyeh village, a cement factory and a strategic government building in the Northern parts of the Aleppo Central Prison after striking heavy blows on the positions of the militant groups there,” informed military sources told FNA.

Meantime, a military source said that the army directed major blow at the rebels in Khan Sheikhon, Maarat Hunta, al-Deir, al-Sharqi, Ma’r Hetat, Altmana’a, al-Arba’in, Jidar, Bakfaloun, Koureen, Abu al-Sbeir, and M’arbleet areas in the countryside of the Northern province of Idlib, leaving too many of them and a number of their vehicles destroyed.

Also, the gathering centers of the insurgents were raided by the Syrian Armed Forces in a series of operations in the countryside of Homs, which resulted in the death and arrest of scores of them in Palmyra, al-Waer, al-Farhaniyeh, KafrLaha, and Wadi al-Kahf in Qusayr.

A number of the rebels’ vehicles loaded with heavy machine-guns and munitions cache were seized by the army during the operations.

The terrorists were killed after heavy clashes with the Kurdish forces near the evacuated village of Raviya on Tal Bouka hills last night.

During the last five days, the Kurdish fighters have been gaining more ground in the battle against the ISIL Takfiri militants in Northern Syrian city of Kobani. 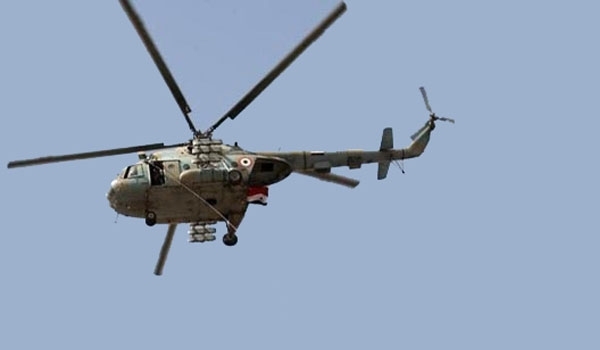