The Syrian army attacked the terrorists’ command headquarters in Daraa province, and killed a large number of the militants’ commanders who had gathered there.

The terrorist commanders of Al-Nusra Front, Harakat al-Mosana, Al-Vieh al-Ez and al-Jeish al-Hor terrorist groups were planning to launch fresh attacks on the city of Daraa in their last gathering.

Also in the past 24 hours, the Syrian army thwarted an attack by the Takfiri terrorists on a strategic region in Eastern Ghouta in Damascus countryside.

The Syrian army killed over 20 terrorists, including 5 Jordanian nationals and a commander named Abu al-Yasser al-Ghoutani, in heavy clashes.

“The intensifying terror and intimidation methods used by the ISIL in Syria prove that those supporting the terrorist group seek to obtain their goals through violence and want to fully raze certain races from the region’s population map,” Hessam Shoaib told FNA.

He said that the new methods of execution used by the ISIL show that the US supports the terrorist group directly since the technologies it uses for recording and producing the videos of its beheadings and executions is completely different from other groups in the region.

“Israel’s presence in ISIL’s command center is indicated by the savagery of this terrorist group that is based on Talmudic rituals,” Shoaib said.

Elsewhere, the Kurdish fighters seized back a building from ISIL control in the town of Kobani and freed tens of hostages from the Takfiri group’s captivity.

The Kurdish People’s Protection Units (YPG) took control of a residential building on Kobani-Shiran road and released at least 100 civilians from the terrorists’ custody.

The Kurdish fighters in the Syrian border town of Kobani defeated and drove out the ISIL terrorists from the strategic region for a second time in two months.

The border town of Kobani had been surrounded again by the ISIL on Thursday but it was freed on Saturday following fierce clashes between the Kurdish People’s Protection Units (YPG) and the terrorists.

According to reports, the ISIL has killed around 200 people in the Kobani region since launching a raid on the town early on Thursday.

Meantime, a senior commander of ISIL was killed in heavy clashes with a rival terrorist group in Damascus countryside in Southern Syria.

The infightings have intensified among rival terrorist groups across Syria and many terrorist commanders have been killed in battlefield or in terror attacks by other militant groups.

Also the local sources confirmed that the Syrian army stormed the terrorist groups’ positions in different fighting areas in the provinces of Hasaka, Idlib, and Lattakia, and killed or wounded scores of fighters.

The sources said that scores of the ISIL terrorists were killed or injured in the Syrian air strikes on their gatherings in the Sakhr, al-Salaya and al-Saba’a in the Southeastern countryside of the Northern Hasaka city.

The Syrian air force also targeted the ISIL hideouts in Gherrat al-Msalleb in the Southern countryside of the Hasaka city, leaving many terrorists dead and injured.

In the Northwestern province of Idlib, the Syrian army men killed many terrorists in Jannet al-Qura and destroyed a convoy of their vehicles in Tal al-Sahn.

The Syrian air force also targeted the militants’ missile cache in al-Kassab, the strongholds of “Ahrar al-Sham Movement” in Droshan, and the hideouts of the “Tenth Brigade” in Salma in the costal province of Lattakia.

Also, the military sources announced that the Syrian Army continued its operations against the foreign-backed militants across the Central province of Homs and the Northern province of Aleppo, and inflicted heavy losses upon them.

The sources said that the country’s army alongside the popular forces repelled terrorists’ attempts to infiltrate from al-Ra’es mosque into al-Khrab Street in al-Waer neighborhood in the city of Homs, killing a number of them and injuring others. 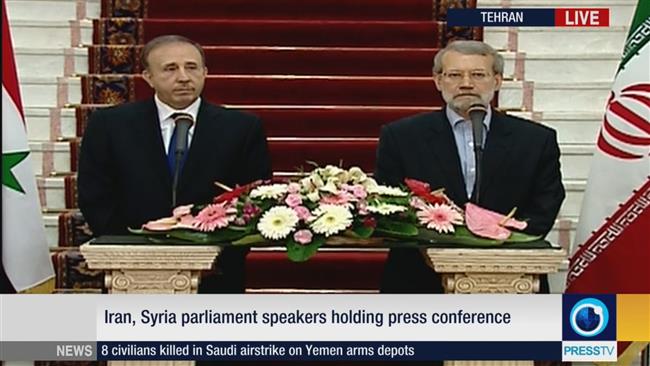 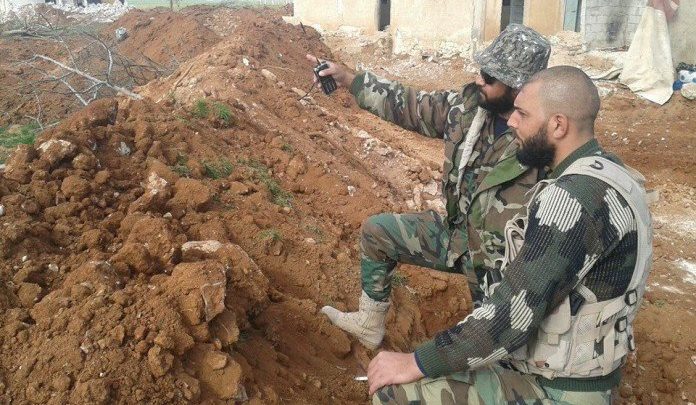 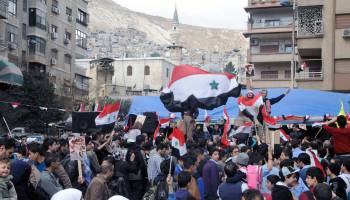