Outside Syria, support for ISIS in social media although is a minority among online communities, but rises significantly.For example Forty-seven per cent of studied tweets and posts from Qatar are pro ISIS.
Support for so-called “Islamic State” (Isis) among Arabic-speaking social media users in Belgium, Britain, France and the US is greater than in the militant group’s heartlands of Syria and Iraq, a global analysis of over 2m Arabic-language online posts has found, as Guardian reports.
In what is understood to be the first rigorous mass analysis of those for and against the world’s largest terrorists organization, Italian academics found that in a three-and-a-half month period starting in July, content posted by Arabic-speaking Europeans on Twitter and Facebook was more favorable to Isis than content posted in those countries on the frontline of the conflict.
In Syria, Isis appears to be dramatically losing the battle for hearts and minds with more than 92% of tweets, blogs and forum comments hostile to the militants who have rampaged through the east of the country and western Iraq, seizing tracts of territory and declaring the establishment of a religious state.
The terrorist militants are known for operating a slick propaganda machine – managing online distribution in order to successfully evade content controls, piggybacking popular online conversations and galvanizing thousands of global supporters into spreading their message.
Their efforts appear to be having an effect. Outside Syria, support for Isis, always a minority among online communities, rises significantly. Forty-seven per cent of studied tweets and posts from Qatar, 35% from Pakistan, 31% from Belgium and almost 24% of posts from UK and 21% from the US were classified as being supportive of the terrorist organization compared with just under 20% in Jordan, Saudi Arabia (19.7%) and Iraq (19.8%).

ISIS in Arabic language social media
Dr Luigi Curini from Voices from the Blogs, a company set up by academics from Milan University that has been pioneering new forms of large-scale analysis of online opinions, known as sentiment analysis, says the research is good evidence for the proposition that to know Isis up close is to be hostile to them.
The team, including statistician Professor Stefano Iacus, political scientist Andrea Ceron, and translators, found there was also an intense battle raging over Islamic State’s religious legitimacy.
Out of the vastly larger proportion of anti-Isis comments in the posts studied, one out of three (32.8%) criticises Isis for abusing Islam and using the faith as a cover for pursuing power and other “private” interests.
One tweet collected by the team on 23 September read: “They are tyrants and have marred Islam. Everyday Isis makes Islam wear the mask of a barbarous sexual monster.”
Almost a third (29%) of anti-Isis posts expressed horror or outrage towards the group’s violent methods and a further 17% aired fears of the group’s hostility to religious and political freedoms, the study found.
Meanwhile, nearly all of the smaller global community of Isis supporters – making up just over 20% of the 2m posts – championed the group for defending or “unifying” the global community of believers or spreading their faith.
Perhaps counter to western expectations, only 8.3% of pro-Isis posts were supportive of the group for being an enemy of the west.
Curini said it was good news that Isis was being massively attacked online over its claim to be Islamic, as it demonstrated just how weak their theological standing was among online Muslims. “I’d be more worried if people, when they attack Isis, when they say something negative about Isis, they talk only about terrorism, or violence … and they weren’t considering the religious issue.”
The team say their peer reviewed methods have a 95%-98% accuracy rate.

ISIS in Arabic language social media
Trawling for Isis-related words such as Syria, the caliphate, and the name of the group’s leader, Abu Bakr al-Baghdadi, the team manage to collect 2,195,000 public posts on social media, 93% of which came from Twitter and the rest from public Facebook pages, forums and blogs. Posts which did not express any clear opinion were ignored.
Form 1 July until 22 October, the study tracked shifts in sentiment over some of the most dramatic events of Syrian conflict this year, including Isis’s attack on the Yazidi minority and its swift advance across western Iraq, the publication of videos showing the beheadings of hostages, the bombings of Isis positions by the US and a consortium of other Arab countries, and the siege of the Kurdish town of Kobani.
Violence appears to mobilise people against the perpetrators, the study found. The beheading of British aid worker David Haines on 13 September and the start of US-led bombardment of Isis positions in Syria on 23 September were followed by large anti- then pro-Isis reactions.
The team also collected and analyzed over 90,000 Arabic-language news articles to compare the social media posts against. They found the news articles to be hostile to Isis nine times out of 10 and no statistical correlation between the two, suggesting official and often state-controlled media were not controlling opinions online. “By analyzing social media we can see there is not always this homogenous sentiment against Isis,” Curini said. 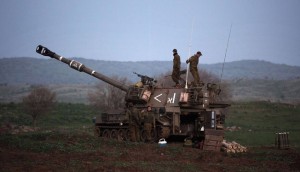 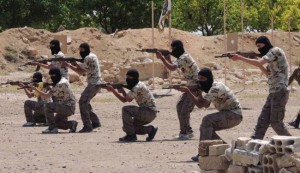 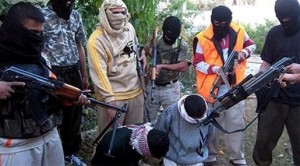