Hezbollah Secretary General Sayyed Hasan Nasrallah stresses that the resistance is at its utmost readiness on all fronts, noting that although Hezbollah is fighting in Syria, its eyes are still on Israel.

Speaking at a massive ceremony on the Resistance and Liberation Day, Sayyed Nasrallah urged for uniting all fronts in the Middle East to counter the Takfiri scheme, as he assured that this scheme threatens the entire region. Hezbollah Secretary General Sayyed Hasan Nasrallah

His eminence reiterated the importance of the army-people-resistance equation, noting that the countries of the region should rely on this “golden equation.”

The resistance leader said that Hezbollah will go on with its battle in Qalamoun barrens as far as all Lebanese border is secured. In this context however, his eminence noted that the Lebanese government should discuss and resolve the issue of Arsal, warning that “our people in Bekaa will keep no Takfiri militant alive” in the border town.

Sayyed Nasrallah meanwhile, called on the Bahraini regime to meet the demands of its people, noting that ISIL is on their soil.

His eminence also called on the Saudi to halt its aggression on Yemen and to facilitate the political dialogue in Geneva in the coming days.

History Repeats Itself
At the start of his speech, Sayyed Nasrallah offered condolences to residents of the Saudi region of Qatif over the suicide blast which killed and injured dozens of prayers in Imam Ali (as) Mosque two days earlier.

Talking about the occasion, Sayyed Nasrallah said that Hezbollah, along with other patriot factions, has taken the resistance choice, noting that this choice was not backed by some Lebanese sides.

“I will talk about the early stage of the resistance because the events which we are witnessing” similar circumstance, Sayyed Nasrallah addressed cheering crowds in the southern city of Nabatiyeh.

“When the Israeli enemy invaded Lebanon in 1982, the Lebanese disagreed over the view to this event. Some had clear understanding to the Israeli threat, while others were betting on the invasion and taking part in the massacres committed,” his eminence said.

Sayyed Nasrallah said that following these events, the resistance persisted till 2000, the humiliating withdrawal of the Zionist entity from the south.

Hezbollah S.G. stressed meanwhile, that if there had not been resistance, the Israeli enemy would have swept Lebanon.

“This victory was by some Lebanese, though it was dedicated to all the Lebanese people.”

After talking about the resistance achievements especially the Liberation, Sayyed Nasrallah said that Lebanon today faces threats similar to the Israeli one, which is the Takfiri scheme.

“Today, the history repeats itself. The scheme which threatens the entire region, its people and armies is the Takfiri one, and ISIL is a sample.”

“Unfortunately, there are some sides that consider there is no threat posed by the Takfiris. Some of them stand neutrally, while the others are supporting these Takfiris and betting on them.”

Sayyed Nasrallah then talked about the danger posed by the Takfiris, noting that no one in Lebanon and the region is safe.

“We are before unparalleled threat, what did ISIL do in Iraq and Syria? What did it do even with people of this same trend? Instead of uniting they fought and slaughtered each other.”

He also urged the Christians not to be silent in the face of this threat, wondering who will protect them, their families and their churches from the Takfiri threat.

United Front
In the same context, the resistance leader urged the people and the government of the region to unite the fronts in a bid to counter the Takfiri threat.

“To overcome the Takfiris, the peoples of this region must trust themselves and unite against this enemy.”

His eminence also said that the golden equation of army-people-resistance is the solution to counter the Takfiri insurgent in any country.

Qalamoun Battle
Tackling the issue of the battle taking place in Qalamoun barrens, Sayyed Nasrallah said that Hezbollah is going on with this operation, noting that is wrong to portray the battle with the Takfiris as Hezbollah’s battle.

“It is the government’s battle,” Sayyed Nasrallah stressed.
“The battle in Qalamoun barrens will continue as far as the Lebanese borders are secured,” his eminence added, noting that the issue of the border town of Arsal, which has been considered as a stronghold for Takfiris, should be discussed at the cabinet.

“It is the government’s responsibility to settle this issue…. Interior minister (Nouhad Mashnouq) says it is an occupied town. Let the government come and retake this town.” 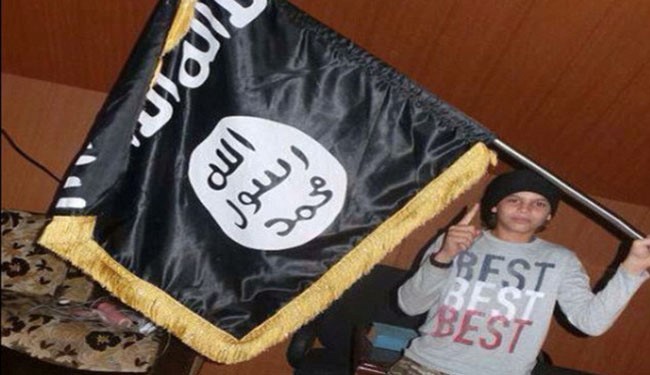 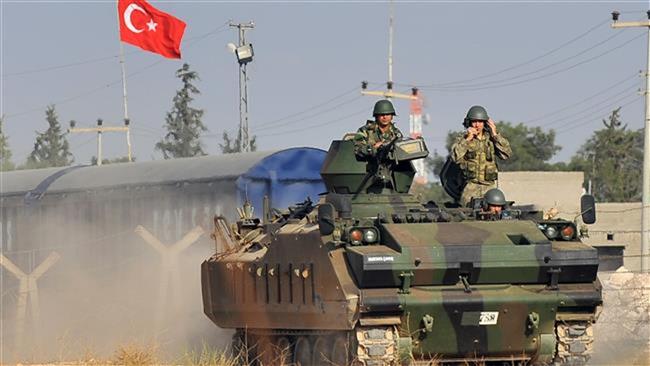