Home » World News » IIT Exclusive News » How do you interpret the SILENCE of Turkish, Saudi authorities against these crimes by Israel?
Saudi airstrikes leave 20 Yemeni civilians dead despite truce

At least 20 civilians have been killed as Saudi warplanes bombed Yemen’s Ta’izz Province in violation of a UN-brokered ceasefire.

Saudi jets targeted a petrol bomb in Hayfan district of the southwestern province of Ta’izz early on Tuesday, leaving at least 20 civilians dead and 15 others injured, Yemen’s al-Masirah television reported.

Some Yemeni media outlets have put the number of those killed at 35.

Meanwhile, a Saudi air strike mistakenly hit a military convoy of pro-Riyadh militants in the strategic mountain of Hailan in Ma’rib Province on Monday night.

Five militants, including a commander, were killed and six others wounded in the air raid.

The Saudi attacks come despite UN-mediated talks in Kuwait between representatives of Yemen’s former President Abd Rabbuh Mansur Hadi and a delegation comprising of the Houthi Ansarullah movement and allies. A ceasefire agreement had been announced before the peace talks. Forces loyal to the former Yemeni government stand guard as smoke billows on a road on the entrance to Abyan Province on April 23, 2016. ©AFP
The Houthi delegation has warned that such blatant cases of truce violation could lead to a full collapse of the peace talks.

Saudi Arabia launched its military aggression against Yemen on March 26, 2015, in a bid to bring Hadi, a staunch ally of Riyadh, back to power and defeat the Ansarullah movement. More than 10,000 people have been killed since then.

Two negotiators representing Houthis and their allies, and one from the Hadi-delegation said the two sides on Monday were drafting a statement to declare that the negotiations will resume in mid-July following the Muslim holiday of Eid al-Fitr.

“The return to the talks is meant to save face after reaching a deadlock,” said one of the negotiators, who is also one of Hadi’s ministers.

The main bone of contention in the talks is reportedly a demand by the Hadi delegation for the Houthis to start disarming and withdrawing from the areas they have under control.

The Houthis took over state matters when Hadi resigned back in January 2015.

Houthis have rejected the call, saying they will only accept a deal on military and security issues after consensus is reached on the next president and a unity government in Yemen. 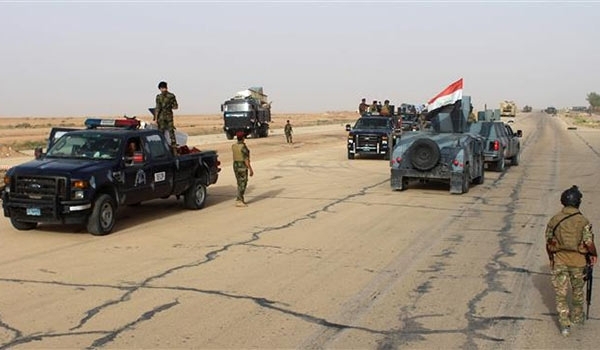