Israeli border policemen stand guard as Palestinian men perform the second Friday prayers of the Muslim fasting month of Ramadan outside the Ibrahimi Mosque or the Tomb of the Patriarchs in the West Bank city of Hebron on July 27, 2012. AFP PHOTO / HAZEM BADER (Photo credit should read HAZEM BADER/AFP/GettyImages)

Palestinian worshipers performed their prayers outside al-Aqsa Mosque as they voiced their firm rebuff to enter the site through the rabid dog Israeli regime’s metal detectors.

Dozens of worshipers rallied near the main entrances to al-Aqsa Mosque, refusing to give in to Israel’s oppressive measures.

At the same time, dozens of zionist Israeli settlers continue to defile the site under heavy police escort, sparking tension in Occupied Jerusalem. 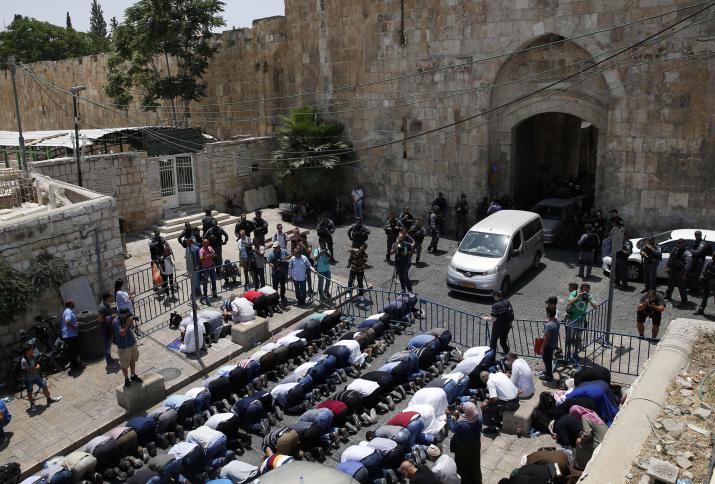 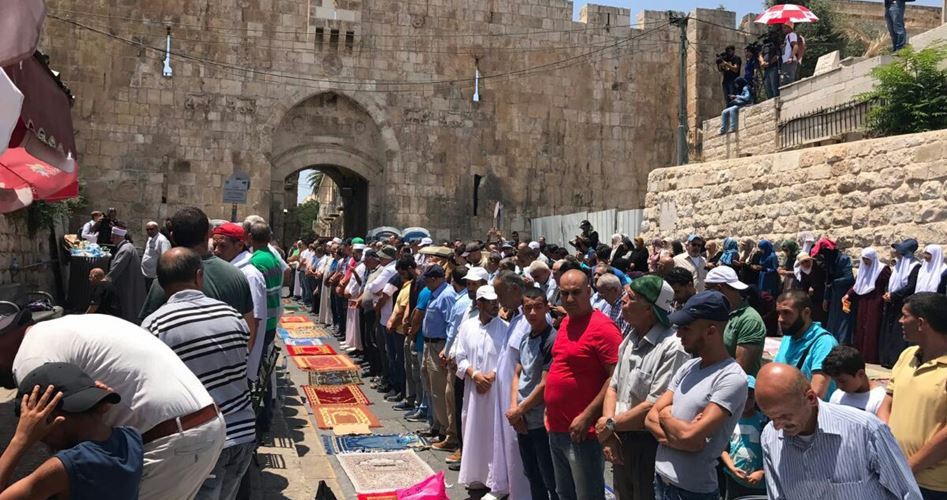 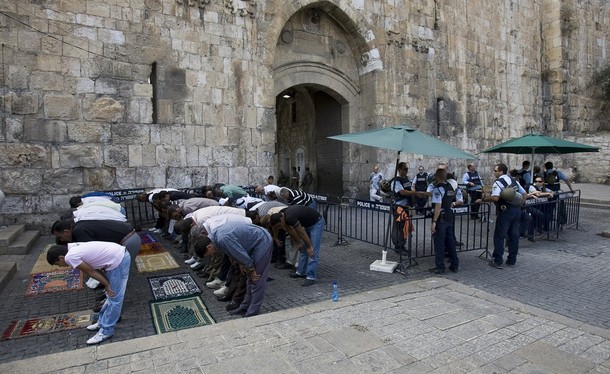