One thousand and six hundred terrorists who have been wounded in Syria received treatment at Israeli hospitals, not counting the wounded who have been treated at field hospitals that Israel set up in near-border camps.
The Jerusalem-based Al-Manar newspaper reported that the majority of terrorists who have been admitted to Israeli hospitals returned to practice terrorism inside Syria, SANA reported.
The treatment expenses are covered by a private fund financed by the Saudi regime, Persian Gulf Arab countries and Jewish foundations, the newspaper reported.
The report comes as the scope of coordination between Israel and terrorists in Syria has become all too evident following the visit of the Israeli Prime Minister, Benyamin Netanyahu last Wednesday to a field hospital set up inside the occupied Syrian Golan to treat terrorists wounded in Syria.
The newspaper pointed to classified information about strenuous attempts to establish a military body fashioned after the South Lebanon Army (SLA) that Israel created in South Lebanon under the leadership of Antoine Lahad, which crumbled in 2000 after the liberation of South Lebanon. 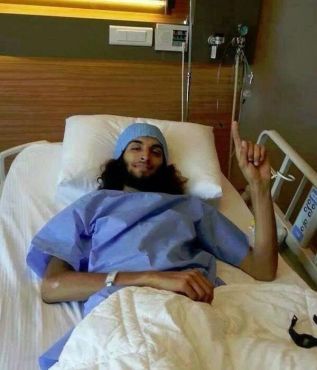