Syrian President Bashar al-Assad has warned the Western states against any military action against his country shortly after government forces managed to liberate Douma, the last Eastern Ghouta town under militant control.

“With every victory achieved on the field, the voices of some Western states are raised and actions are intensified in an attempt by them to change the course of events,” Syrian state TV quoted Assad as saying.

“These voices and any possible action will contribute nothing but an increase in instability in the region, threatening international peace and security,” the Syrian leader added.

Velyati, in turn, pointed to the threats by the US and its allies to attack Syria under the pretext of “responding” to an alleged chemical attack, saying such threats “based on lies after the liberation of Eastern Ghouta,” Syria’s official SANA news agency reported.

Iran provides military advisory assistance to the Syrian army in its anti-terrorism operations.

Ghouta back in the bosom of homeland

Earlier in the day, Russia announced that the Syrian army has liberated Douma less than two months into its counter-terrorism operation in Eastern Ghouta, a suburban area near the capital, Damascus.

“The raised state flag over a building in the town of Douma has heralded the control over this location and therefore over the whole of Eastern Ghouta,” Major-General Yuri Yevtushenko, head of the Russian peace and reconciliation center in Syria, was quoted as saying by Russian media.

The Russian military was providing air cover to Syria’s liberation operation, which had begun on February 19.

Russia’s Defense Ministry said Russian military police had been deployed in Douma as of Thursday.

“They are the guarantors of law and order in the town,” the ministry was quoted by Russia’s RIA news agency as saying.

Russia said hundreds of Takfiri Jaish al-Islam militants and their families had left Douma, according to the deal.

A senior adviser to the Leader of the Islamic Revolution has visited Syria’s Eastern Ghouta.

But the terrorist group has sought to remain in the town as a local force, the so-called Syrian Observatory for Human Rights said. The demand has been rejected.

Meanwhile, the so-called Syrian Observatory for Human Rights (SOHR), which is sympathetic to anti-Damascus militants, said the remaining militants in battered Eastern Ghouta had surrendered their heavy weapons and their leaders had left the enclave for the north.

The monitoring group said that the so-called Jaish al-Islam Takfiri terrorist group “handed over their heavy weapons to Russian military police in the town of Douma on Wednesday.”

It added that the group’s head, Issam Buwaydani, left the enclave on the same day and arrived in opposition-controlled territory in northern Syria.

Later in the day, a senior Jaish al-Islam member attempted to link the militarnt group’s withdrawal from Douma to Saturday’s alleged chemical attack.

“Of course, the chemical attack is what pushed us to agree” to a withdrawal AFP quoted Yasser Dalwan as saying.

The liberation of Douma came amid the looming threats of a US military action against the government of Syrian President Bashar al-Assad following the suspected gas attack.

‘US jets flying over Syria’ amid threat of imminent strike

Reports suggest American jets are patrolling the skies above Syria as the threat of military action over an alleged chemical attack looms large.

A number of Washington’s Western allies and Saudi Arabia have also said they would join a military action against Syria.

US President Donald Trump posted a fiery tweet earlier on Wednesday, in which he warned Russia — one of Syria’s key supporters in the war against foreign-backed militancy — that it should get prepared to “shoot down” missiles that the US military would soon rain down over Syrian targets.

The suspected chemical attack was reported just as the Syrian army was about to liberate Douma. The US and its allies were as usual quick to blame Damascus for the incident without any evidence and before the launch of a probe.

Syria has firmly denied any links to the attack, which reportedly killed at least 60 people and wounded more than 1,000 others. Russia says the number of casualties is not true.

Moscow and Damascus have called on the Organization for the Prohibition of Chemical Weapons (OPCW) to investigate the attack and find the real perpetrators.

‘Syria, allies in talks on US threats’

In an interview with Lebanon’s al-Mayadeen channel on the eve of Eastern Ghouta’s full liberation, Bouthaina Shaaban, a top adviser to Syrian President Bashar al-Assad, described the army’s new gain as a “decisive point.”

She said the militant’s defeat had pushed the West to wage “psychological war” by threatening strikes.

The official said Damascus and its allies are in consultation over US threats of military action and have options.

“Consultations are ongoing between the allies and they will not let matters progress as Washington wants,” the Syrian official said, referring to Russia, Iran and the Lebanese resistance movement of Hezbollah.

“The rules of engagement have changed in favor of Damascus,” as its position in the war has grown stronger, she added. 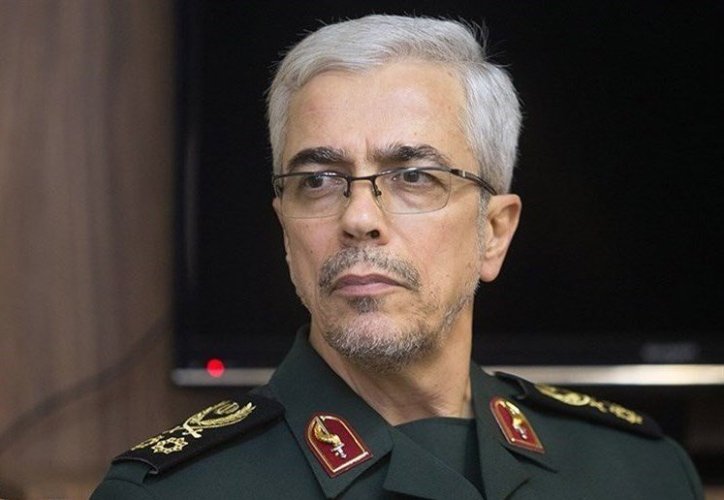 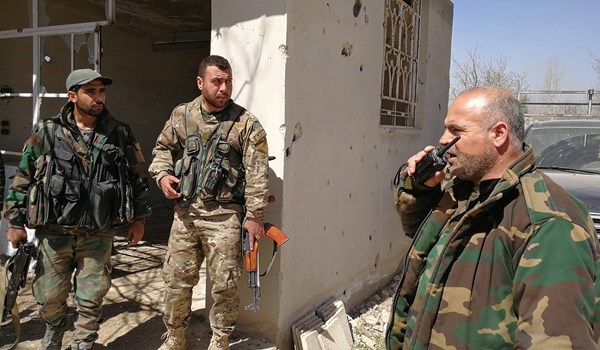